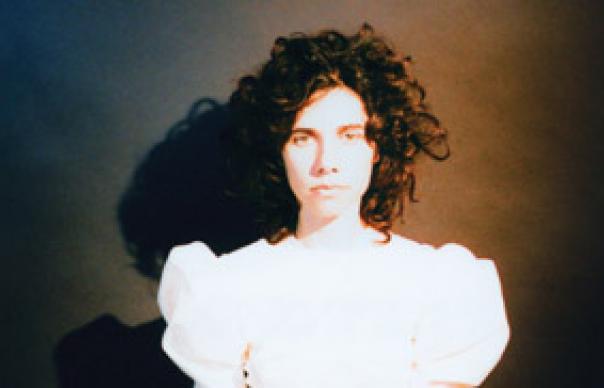 In the age of Amy Winehouse it’s worth remembering the shock that was Polly Jean Harvey when she blasted out of the West Country 15 years ago like some ectomorphic tomboy Nick Cave. (What kind of fuckery was “Sheela-na-Gig”? I’m still not sure.) If Winehouse can sustain her career and credibility for as long as Harvey has – and do it with so many riveting twists and turns – she’ll be doing very well indeed.

Just as the grungy, distortedly DIY ‘Uh Huh Her’ ditched the bright melodicism of 2000’s Mercury-scooping ‘Stories from the City, Stories from the Sea’, so Harvey’s seventh studio album instantly registers as a pointed reaction to the atonal grinding of UHH. “I do this constant sort of opposites thing,” she told me last time around. “My ground rule when I’m beginning to write a new record is: How far can I get away from the last thing I did?”

If there were moments of hushed lovesickness on the latter – especially the divine “Darker Days of Me & Him’”- ‘White Chalk’ all but dispenses with guitars, replacing them with harps, cymbalum, unobtrusive drums, and plinky upright piano a la Tom Waits or Aphex‘s ‘DrukQs’. (Playing alongside Polly once again are the Dirty Three’s Jim White and former Magic Bandman Eric Drew Feldman.) And while that means we lose Polly’s brilliantly gritty guitar chords, it does give us her vocal and melodic genius in stark settings as hauntingly lovely as any music she’s made. Imagine an unplugged, country-cottage remake of Bjork‘s ‘Vespertine’, or a more muted version of PJH’S “The Garden”. Anyone for a spot of avant-folk?

The mood of the album is mournful and more than a little spooky. (The opening track, built on a piano-and-shakers girl-group riff that’s not a million miles from Amy Winehouse’s “Back to Black”, is a winsome ditty entitled “The Devil”.) The landscape is the chalk hills of Harvey’s native Dorset, a setting for her Kate-Bush-esque themes of loss, death, family, memory. Singing in an eerily girlish soprano register, Polly longs for her late grandmother; asks “Mummy” to “teach me to grow”; grieves an unborn child who “disappears in the ether/One world to the next”. The penultimate “Before Departure” is all but a suicide note.

Some of the eleven songs – “Grow Grow Grow”, “Broken Harp”, “To Talk To You” – are more uncomfortable rides than others, recalling the murkier moments (e.g. “Electric Light”) on 1998’s unjustly overlooked ‘Is This Desire?’ Immediate winners include the creepily intimate “Dear Darkness”, arranged in slow waltz-time; “The Silence”, all pulsing piano and brushed-snare sixteenths; and the title track, which starts out like Hope Sandoval singing Lee Hazlewood before cresting in gorgeously overlapping banjo/piano/harmonica arpeggios straight out of Sparklehorse. An album of lonely beauty and piercing sorrow, ‘White Chalk’ is P.J. Harvey back at the peak of her considerable powers.