The Libertine has landed, with a proper solo debut 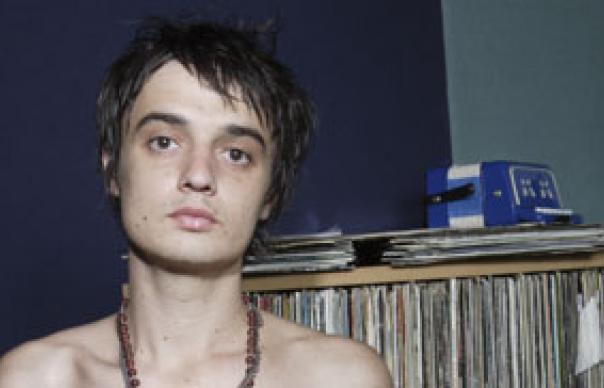 Self-mythologis-ing is always dull if you’re not part of the myth. Those not obsessed with Mott The Hoople found it hard to care if Buffin lost his child-like dreams, while The Clash’s propensity for writing songs about The Clash was always properly vexing. Pete Doherty has always been about mythology, having collaged his dreams from an early age into a splotchy wallpaper of English romantic seediness. But while the equally prolix and anglocentric Russell Brand gave up the drugs and actually got to play Flash Harry, Pete Doherty very quickly became a drug casualty with better notebooks than songs. With the very rare exception (which would be “Albion”, a song never fully realised on record), none of Doherty’s bands ever got round to producing a “Clash City Rockers”, let alone a “Saturday Gigs”. With a physical state unconducive to making good music and a private life designed to irritate rather than inspire, Pete Doherty’s seemed determined to become not a great English rock star, but a sort of Dead Ringers parody of Bobby Gillespie.

This is, traditionally, the part of the review where the writer either says, “But all that changes with this new album” or “And so the farce continues”, depending on his or her fondness for, or deep hatred of, the artist being reviewed. As it turns out, neither route is ideal for Grace/Wastelands (although that is a shit title). Largely acoustic, featuring Graham Coxon on all but one track, and with jauntiness taking a slight lead over lethargy for a change, this is a record that does defy the odd expectation. Someone – Stephen Street – has done a great job with the arrangement and production of this record. There’s a lightness to it, there’s some delightful folky and jazzy guitar, and the band, extraordinarily for Doherty, actually swings. Everything, even Pete’s always wobbly voice, is mixed right up front, and it’s like having him in the room with you, except your wallet’s safe.

And the songs have been given room to breathe. Live, or in the context of those ropey bands, Doherty’s songs are often undeveloped, or cut off before they’ve finished saying their piece. But here, songs take their time. Stories are told. Codas are permitted. There’s a sense of lyrical cohesion. Doherty comes across as a man with a view of life. Even the mythologising doesn’t hurt, which is no mean feat when there are songs named after a Tony Hancock joke, a Jam album track, the start of WWII and sheepskin jackets. Sometimes listening to Pete Doherty’s lyrics is like being trapped in an episode of Minder directed by Ken Russell and based on an idea by Roger Waters, but by and large this time it all works.

There are songs here that people like me, who you might have noticed is not a massive Libertines or Babyshambles or “with Wolfman” fan, can enjoy in and out of context. “I Am The Rain”, despite a lumbering melody and a lyric that seems to compare Doherty with irritating weather, has a delightful, oddly sunny ending that for once recalls South America rather than North Islington. “Sweet By And By” is jazz, possibly in the way that The Clash’s “Jimmy Jazz” is jazz, but Coxon’s playing and Doherty’s casual vocal make it something appealing and unique. Even the annoying suicide girl lyric of “Lady, Don’t Fall Backwards” rides over something musically quite compelling.

This is, without a doubt, the most consistent record Pete Doherty has ever made. It actually sounds like it was thought out, planned and put together to sound like a proper album that could be sold in shops. Pete Doherty fans will not only love it, they’ll be able to play it to their friends. But it is far from perfect. The problem is partly Doherty’s voice; never a natural singer, he’s forced to rely too often on vocal charisma and personal charm to get over a lyric. This, combined with a lack of melodic variation (ie most of his songs sound a bit the same), means that large stretches of the album can go by without anything varied happening at all. At one point – possibly between “Salome” and “I Am The Rain” – I didn’t realise we were at a gap between songs, I thought he’d just stopped playing for three seconds and started again.

Grace/Wastelands will do very well. It will, rightly, go a long way to repairing Pete Doherty’s reputation as a singer and songwriter of note. But half of it is a bit boring. I won’t be playing it much; but, for once, I will be looking forward to his next record.