Pete Seeger – A Song And A Stone 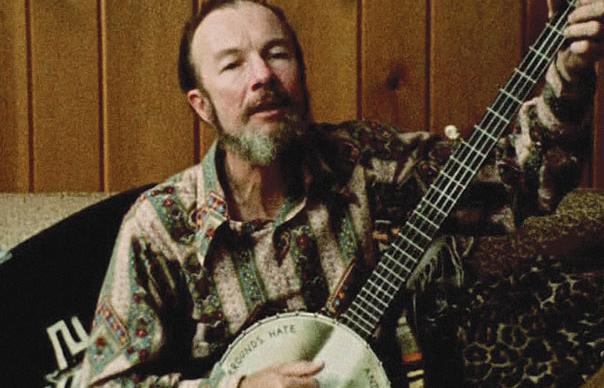 1969 proved a vintage year for Pete Seeger. Marking his personal half century, the year also witnessed Seeger’s return from the wilderness years imposed back in the mid-Fifties, when he was blacklisted by Congress as ‘Un-American’. Seeger’s appearance on Johnny Cash’s hugely popular TV show marked his rehabilitation on the airwaves, while a few months later he was in Washington leading a march of half a million people demanding an end to the Vietnam war. For the folk icon, it was sweet validation.

If Seeger’s re-emergence owed something to the times – the Peace Movement was at its zenith – the championship of Cash was significant. As A Song And A Stone opens, Seeger is en route to Nashville for his TV spot, sore that he won’t be able to sing about Vietnam but prepared to ‘compromise’ – “I have spent my whole life compromising,” he smiles ruefully. The back stage scenes with Cash are among the most arresting here, with the Man In Black (an old acquaintance) playing gracious host, describing him to camera as “One of the greatest American patriots I know”. The actual show – a duet on “It Takes A Worried Man” – is anodyne, but the sense of triumph palpable.

The offstage Seeger at age 50 proves a more freewheeling character than one might expect from his reputation as po-faced folk purist; more dapper, more waggish, more Billy Braggish. Indeed, one problem is that Seeger the activist is way more impressive than Seeger the musician with his rudimentary banjo licks and well-worn set list – this was, after all, the year of “Space Oddity” and Zeppelin’s debut. He could perform, though, whether entertaining a crowd of doting college students, charming a bunch of children clustered at his feet or leading the protesting thousands on Lennon’s “Give Peace A Chance”. He exudes genial certainty even when making statements that were toxic to the establishment: “The American nation is going to be judged as criminals after this Vietnam incident”.

Seeger’s energy was simply unstoppable. His 50th birthday coincided with the maiden voyage of Clearwater, a sloop built by Seeger and his wife Toshi in an early example of crowdfunding and to this day still active in ecological education and research on the Hudson river. Seeger never looks happier than when helping to haul the boat’s mainsail alongside young volunteers. When Seeger’s father is asked to list his son’s faults, he responds, “There nothing bad about Peter… except he’s getting bald”.

A Song And A Stone itself is no classic. It’s often poorly shot, and its didactic tone now appears clumsy – the juxtaposition of boy scouts and marching troops, the soft focus shots of children who likely grew up to be Reagan-voting Judas Priest fans – but it’s a fascinating time capsule, and a glimpse into the soul of a Great American.
Neil Spencer