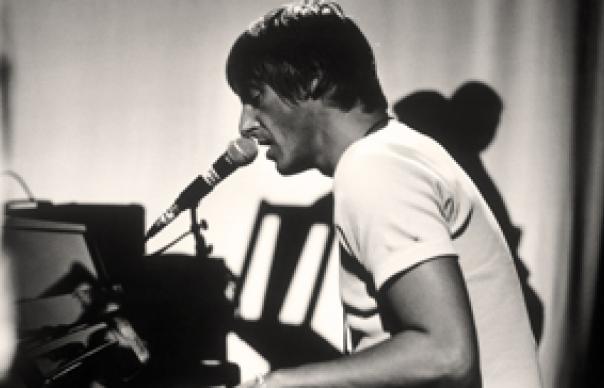 Time is a funny chap. It eats into everything we do, and when we are pop stars, it can leave us looking extraordinarily mothy. The artist who ploughs a singular furrow for years and years may, if he or she gets lucky, end up with a reputation for being “single-minded” or “reliable” or something awful like that, as though having one idea and beating into the ground is better than having lots of ideas and, er, beating them into the ground. If he or she is unlucky, it’s chicken in a basket time. The 1980s Here And Now tours are only the first class ticket end of pop; there must be a million now-wrinkled bands out there, all beer guts and leathers, who came up during an interesting era and find themselves grinding their own youth into ever smaller portions.

Not so, it would seem, Paul Weller. While feeding this ludicrously large (four CDs) collection of music into my computer, the better to sell it on to Mods down Camden Market, I noticed that I already had some Weller at the Beeb, in the form of two CDs of The Jam live and in session at the BBC. And wow, they are much different. Not just in terms of the actual songs (it’s always fascinated me how, after finally returning to the electric guitar in the 1990s, Weller has still managed to not write any songs that sound in the least like The Jam. Perhaps Rick Buckler wrote all their stuff), but in the way they’re presented.

Where The Jam always sounded like an r’n’b band who were late for work – live, they played like they had far too much to say and not enough time to say it – Weller has, even in his loudest moments, some small degree of casualness. In session, The Jam would be giving John Peel essentially their new single with a different producer. Here, while there’s guitars and that (like a nice version of Ronnie Wood’s “The Poacher” on the Evening Session in 1997) about a third of the songs on this new collection sound like they were performed on a stool in front of Jonathan Ross.

It’s obviously an obvious thing to say that Weller’s changed – this is a man who went from Who covers to Parisian jazz to Chicago house in ten years – but it’s the way he’s done it that fascinates. Because there is on the surface no more conservative musician than Paul Weller. His love of soul and r’n’b and his belief in class as something that permeates one’s every cell means that often Weller has been deeply suspicious of anything arty, or studenty, or different. And after the musical earthquakes of his ‘80s career, he spent much of the next 15 years as the Plodfather, apparently convinced that remaking Stanley Road in less and less interesting ways was a good way to go.

In the light of 22 Songs – the most exciting and noisy thing he’s done for ages – we can all go round liking Paul Weller again, and that’s not a bad thing. And while this BBC collection, which also includes a lot of live material from the last ten years as well as those campfire chats with Radio 2 DJs, sadly predates any radio versions of the songs from that mad album, it does illustrate his strengths rather than his weaknesses (which, frankly, on this album amount to not much more than letting the BBC record some fairly dull Britpop era concerts). He is, as we’ve known since English Rose, brilliant at the intimate acoustic song. He can often write songs that transcend musical genres, like Wild Wood, which has claims to be soul, folk and pop all in three short minutes. And he is one of the few chart stars around to be able to successfully combine those frequent mutual enemies, passion and craftsmanship. From a gorgeous acoustic “Fly On The Wall” on the Johnnie Walker show from 1992 to a nifty “Pretty Flamingo” on a Mark Lamarr show this February, this set illustrates those things a lot.

Parts of this collection are boring (live shows generally are, especially if they’re from the 1995 Phoenix Festival, as some of this is). Parts of them are repetitive (three different versions of “Friday Street” is three different versions too many, even acoustically). And, if you’re a casual Weller listener, you’d be better off with Wild Wood and a singles album (I still can’t be bothered with Stanley Road). But if you’re keen to listen to the more wide-ranging aspects of this man’s career, and you like acoustic guitars, here’s a good place to start.