Drive-By Trucker thumbs his back pages for second solo album 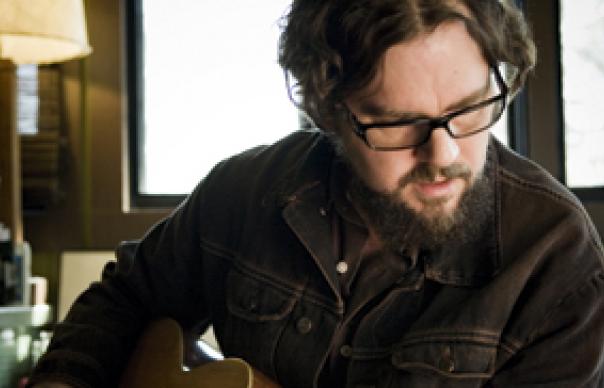 April 1994 was clearly a crucial time in Patterson Hood’s life. He’d just moved to a strange new town (Athens, Georgia) in the aftermath of a messy divorce and the break-up of his beloved old band, Adam’s House Cat. Money was tight: there were panhandlers in the drive and crackheads banging at the door. He wrote a whole bunch of songs, but had no band to play them. So he recorded an album in the bedroom, then gave cassettes away on the street.

One of those songs was a sweet little thing called “Murdering Oscar”: “I killed Oscar/Shot him in the head/Put the gun in his mouth/Watched his brains fly out/Saw my worries fade as the hole got bigger/Solved all my problems with a trigger”. It was Hood’s attempt to absolve his sins, real or imagined.

Fast-forward, and Hood is now de facto leader of Drive-By Truckers, the rowdy and literate social chroniclers who, across five LPs of raw countryish noise, have pretty much redefined people’s perceptions of Southern rock. Yet something about those early, no-fi songs kept calling to Hood, and in 2004, he began recording them again. Murdering Oscar, appended by a fair few newer songs, is his attempt to finally do them justice.

Hood’s first solo album was Killers And Stars (itself released in 2004), a scratchy set of acoustic musings that he called a “work-in-progress”. It cried out for a full band, and it’s a call he seems to have heeded on this second outing under his own name. Murdering Oscar is all about connecting with the past, as Hood cuts loose with old and new bandmates, crafting tender paeans to his new wife and daughter, dusting down childhood memories against a backdrop of roughhouse blues, swamp-country and slow Southern soul.

He also gets to scratch an old itch by recording three songs with his bass/trombone-playing dad, David Hood, a Muscle Shoals veteran of recordings by Aretha, Wilson Pickett and James and Bobby Purify. The synergy between father and son on standout “I Understand Now”, with Frank MacDonnell on guitar, is particularly potent. It sounds like Exile-era Rolling Stones hi-tailing it to late-’60s Motown. For the tough, broody title track, Hood is joined by fellow Truckers Mike Cooley and Shonna Tucker, the former in bullish mood on lead guitar.

There are quiet epiphanies, too. The shuffling “Screwtopia”, Hood’s merciless broadside at the idea of a suburban dreamhome (written “at a time when domestic tranquility was my worst fucking nightmare”) has some lovely pedal steel from John Neff, his partner in the earliest DBT lineup. So taken was he with Neff’s contribution that Hood convinced him to rejoin the band.

But there are more obvious signs of this record’s birth. Two of the songs address the then-fresh suicide of Kurt Cobain. The churning riff of “Heavy And Hanging” has a similar feel to Neil Young’s own ode to Nirvana’s fallen idol, “Sleeps With Angels”. It was an event Hood felt oddly connected to in 1994, having signed the lease of his new home on the same day as Cobain’s body was found. Its companion piece, “Walking Around Sense”, also carries a heavy scent of Young, especially in Hood’s sprawling great guitar solo. It’s a song that addresses Cobain’s widow in none-too-rosy colours, though it’s also mindful of Frances Bean: “Your Mama loves you/She just never can act right/There’s always some reason to show off her ass/Not wearing panties when she’s facing the spotlight.” Strangely enough, the song is a fine complement to piano ballad “Pride Of The Yankees” – the last song Hood wrote for this album in 2006. Then, the birth of his own daughter forced him to confront his own parental anxieties, and it’s this development that is Murdering Oscar’s unstated subject. As much as it’s about the past, this is ultimately an album about how life moves on.

Was it strange revisiting the older songs?

In the fall of 2004 the band was coming off the road and we were starting to think about writing A Blessing and A Curse. I wasn’t really writing a lot, so I started going through some old tapes to see if anything sparked an idea. That’s when I came across that cassette of Murdering Oscar from ’94. Half the songs on it had really held up well. But at the same time, my life had changed so much since then that it was like listening to another person’s songs. It inspired me to write sort of unofficial answer songs to a lot of them.

It was a huge thing. When Nirvana broke, I was naive enough to think: ‘Shit, this means that we’re gonna have The Replacements on the radio! Music’s gonna get great now.’ Of course, it didn’t work out like that.When Cobain died in ’94 I’d just come out of a pretty dark, semi-suicidal-tendency period in my life, too. I was very bothered and moved by his death. It certainly affected the songs that I was writing at that time.

What’s the latest on Drive-By Truckers?
We’ve just recorded 25 new songs in 25 days, so the next album is gonna be a rip-roaring rock’n’roll record. We’re gonna be touring heavy next year when it comes out.