Drive-By Trucker lifts the lid on his crisis years... 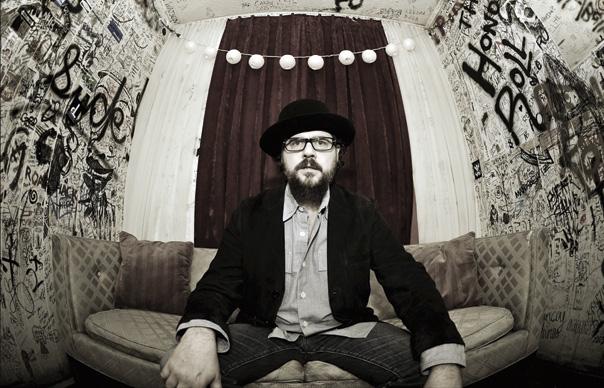 Drive-By Trucker lifts the lid on his crisis years…

Seems like Patterson Hood’s been dusting down a lot of old memories of late. His last solo LP, 2009’s Murdering Oscar (And Other Love Songs), saw the Drive-By Truckers leader revisit a turbulent period in his life from the mid ‘90s. Heat Lightning Rumbles In The Distance peels the clock back a little further to around 1991, when the then 27-year-old had just left his Alabama hometown for Memphis in the wake of a messy divorce and the break-up of his pre-Truckers band, Adam’s House Cat. It was, he explains, an emotionally intense time, during which he contemplated suicide.

All of this might suggest a sombre procession of self-pitying songs wracked by visions of death and apocalypse, but, thankfully, Heat Lightning… turns out to be nothing of the sort. Instead the tone is hopeful, the dark corners of Hood’s past softly lit by his current life as a successful musician, father and family man.

Most of the Truckers are here, alongside father and Muscle Shoals Rhythm Section bassist David Hood, Texan band Centro-matic and singer Kelly Hogan. The latter’s co-write “Come Back Little Star” is an undoubted highlight, a piano-led requiem for late departed friend Vic Chesnutt, with John Neff’s pedal steel adding an extra shiver of longing. Many of the other tunes deal with the fallout from his early marriage, from the last goodbye in a rain-splattered parking lot – “(untold pretties”) – to winter funerals in Northern Alabama and the desperation of the title track, its protagonist holding himself together “somewhere between anguish and acceptance”.

The whole thing is beautifully shaded by pianos, banjo, steel and festering guitar figures. There’s even a dash of very Southern skiffle on the wonderful “Better Than The Truth” and the closing “Fifteen Days”, which finds Hood back in the present, dreaming of returning to his family after months on the road. An affecting, lyrical record that makes you feel blessed for not having lived through it, but wiser so grateful for the ride.
Rob Hughes