A reaffirmation of core principles from primal LA duo 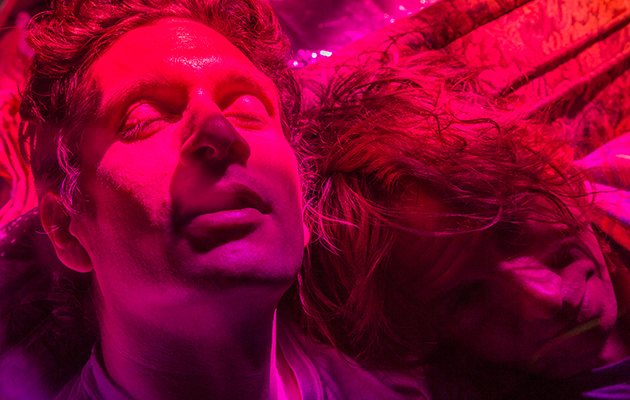 The best rock bands can feel a little like caricatures, and so it was with No Age when they emerged from LA’s DIY venue The Smell around the close of the last decade. Randy Randall and Dean Spunt were the Wayne and Garth of the city’s punk-rock underground, two charismatic young slacker dudes playing a sunny, scuzzy rock’n’roll that scrawled lines between the hook-laden hardcore of Hüsker Dü, the fuzzy four-track invention of Guided By Voices and the under-the-underground sound of drone and noise music. In a crowded alternative rock field, the pair somehow distinguished themselves through sheer effervescent energy. If you liked hardcore punk, but couldn’t relate to all the anger – or if you liked shoegaze and dream-pop, but wished it was played with a bit more oomph – then No Age were the band for you.

No Age spent the first few years of their existence at warp speed, touring extensively and releasing three albums on Sub Pop – the last being 2013’s An Object, which in a very characteristic feat of do-it-yourself, the pair cut, printed, boxed, stamped and shipped 10,000 copies of themselves. Then, they decided to ease off the gas – family, babies, all that – and before long, four years had passed. Snares Like A Haircut, the duo’s first for new label Drag City, feels like a reaffirmation of core principles: the primal thrill of drums and guitar at full tilt, the dreamy, textural possibilities of the distortion pedal. But this is noticeably a slightly older, wiser No Age, one aware that the rigours of the age demand a little more than good-times positivity.

Certainly, they’ve seldom sounded better. The set-up remains modest: Randall on guitar, Spunt holding it down on drums and vocals. But as the album title – knowing intra-band slang for a certain ’80s production style – suggests, the pair are wise to the possibilities of sculpting with sound. The opening “Cruise Control” is a masterclass in turning simple tools and rough fidelity into something beautifully psychedelic. Guitars feel thick and rough as sheets of sandpaper, cymbals explode in big colourful flashes and, for three-and-a-half minutes, the song burns away like a magnesium flare.

No Age aren’t wordsmiths, particularly. Spunt’s lyrics tend towards the instinctual and expressionistic; one gets the sense that it’s more important that they sound and feel good rather than communicate anything in particular. “Maybe I got problems/Maybe I don’t, but it’s not for you to say,” he drawls on “Soft Collar Fad”, a punk-pop burner that recalls Nirvana’s “Sliver” in its nutso, two-chord clip, while “Drippy” surfs a breathless wave of fuzz guitar in search of “a feeling that’s not felt/By just anyone…” Here and there, there are glimpses of something a bit more developed: see “Squashed”, which invokes St Augustine and “my sister Mary” against a backdrop of modern-day New York and LA. The tale doesn’t quite hang together, but the track itself is suitably beatific in its hazy beauty, built from brittle guitar jangle and a clumpy drum beat (or perhaps a bumpy tape loop – it’s characteristic of No Age’s production style that it’s a little hard to say).

Like, say, Dinosaur Jr before them, we can credit No Age with pulling a remarkable trick: they’ve taken up a form as well-trodden as punk, and twisted it into a sound that’s distinctly, incontrovertibly theirs. So deeply ingrained is texture and tune that it’s often hard to imagine how No Age’s songs might sound played free of distortion. But what’s most impressive is how much space there is for the pair to experiment within their frame. The beautifully wistful “Stuck In The Charger” blends droning guitars and careening drum rolls, like My Bloody Valentine’s Isn’t Anything made by American mall rats. “Third Grade Rave” is a woozy instrumental that feels like guitars melting and warping under a magnifying glass. And there are occasional glimpses of righteous rage here, too: see “Tidal”, which Randall pockmarks with scorching leads that communicate a sense of joyful defiance.

With some so-called “lo-fi” bands, the fidelity can feel like an affectation, scuzzy textures plastered on to hide a lack of ideas or talent. In No Age’s hands, distortion is not just cosmetic, part of the fabric; on the contrary, it is the fabric. Not everyone will listen to No Age and hear the gems hidden inside the fuzz. But for a certain listener – one perhaps in thrall to the alternative rock of days gone by, and looking for a modern band who recapture that spark – Snares Like A Haircut will land like manna from heaven.