Songs of bereavement and grief on mature sixth... 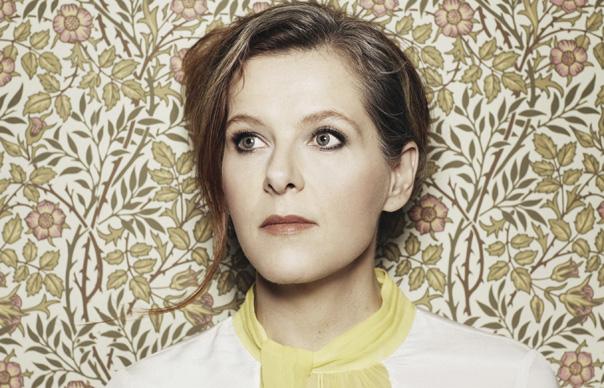 Songs of bereavement and grief on mature sixth…

Considering her 20-year career, it makes sense that Neko Case has moved through a host of different identities. Probably best known as Case the New Pornographer, there’s also the Case of ‘90s acts Cub, Maow, The Sadies and The Corn Sisters. There’s Case the self-deprecating Twitter wit, prone to posting butt jokes and photos of the cows on her Vermont ranch, a quite different persona to the woman partially visible through her increasingly rugged solo albums to date.

After moving from honky-tonk gal to the bruised, unceremonious opposite on her earliest solo releases, over Case’s past couple of albums, she’s smuggled her own stories within broader narratives: mutated American myths on 2006’s Fox Confessor Brings The Flood, and a whirl through the fury of the natural world on 2009’s fantastic Middle Cyclone, where she personified herself as different destructive wind formations and an array of critters. Written over a three-year period where Case lost both her parents along with several close friends, she’s billed her sixth studio album, The Worse Things Get, The Harder I Fight, The Harder I Fight, The More I Love You, as a more inward-looking record.

Perhaps surprisingly, here, declarations of identity are scant – she’s a man, a Friday night girl, and a fighter for the right to be wild, though she bristles at someone’s suggestion that she might be a lady. Taken as a whole, however, the album’s most striking statement is the revelation that these bereavements left Case grasping for her sense of self. She rebuilds it with meticulous control (and with the help of heavy friends M. Ward, Carl Newman, Tracyanne Campbell, Howe Gelb among others) over these 12 largely boisterous songs, and cannily uses the uncertainty to tackle some prescriptive ideas of how a woman should be along the way.

Case has sung beautifully about grief before, most notably on “South Tacoma Way” from 2000’s Furnace Room Lullaby. Where that song took place in the immediate aftermath of a friend’s death, grief skirts the periphery here, sidling up in a change of light, as in life. Among the seafaring circular guitar figures of opener ‘Wild Creatures’, Case recounts how in childhood she was told she could be anything – well, “the king’s pet, or the king” – her flayed voice growing angrier at the futility of it all before shrugging in the last line that it barely matters anyway, since now “there’s no mother’s hands to quiet me.” The knowing ‘Where Did I Leave That Fire?’ goes from ambient introduction to a crisp snare rim snap and nervy tug of electric guitar as Case admits, “I wanted so badly not to be me,” before imagining a tragi-comical situation where her internal flame ends up in some celestial lost property office.

What makes The Worse… work is that Case’s fire is still very much in evidence; if these songs were written at rock bottom, at least that flame illuminated the idiosyncrasies of the crevices, and fueled her defiance. Lead single “Man” is potentially the hardest song Case has ever made, where metallic guitar judders between lines about being a man in the essential, human sense – picking up the theme from Middle Cyclone’s “I’m An Animal”. On “City Swan”, she realises her unmooring has become a near-permanent state, but reclaims it on a stellar cover of Nico’s ‘Afraid’, a bell-like layer of voices reassuring, “You are beautiful and you are alone.”

“Perhaps it’s best if I continue starring me as you,” Case sings on the cool-headed “I’m From Nowhere”. On The Worse Things Get…, Case asserts herself less in a literal sense, but paints the most emboldening and endearing portrait of herself yet, standing at a crossroads where self-sufficiency is the only path to survival and realising you have to be everything for yourself, because those you love won’t be around forever.
Laura Snapes

Q&A
Tell me a bit about making the album and the people who play on it with you.
Well, it took long enough! I worked with my regular band – Kelly Hogan, Kurt Dahle, Paul Rigby, Tom V. Ray, Jon Rauhouse, John Convertino – plus a ton of guests. Everyone who took part is family and it was a lovely time with lots of good dinners with quality people.

The Worse… marks your emergence from a long period of grief. Was it cathartic to make in any sense?
No, it was dirty and crappy and dragged time around like a dead leg. I hope to never have to work like that again. I learned what it means to wrestle serious depression and get through, which is good and not so good at the same time. It’s sad that that much work makes you stronger but leaves you with omething to genuinely fear. I didn’t have that before. It gives you respect for endurance, but it’s not an exciting struggle – it’s more like having to slowly empty an Olympic swimming pool of dirty dish water through a straw. Slow, monotonous. The songs turned out well despite the circumstance rather than because of it.

You cover Nico’s song “Afraid” on the album – what’s your connection to that song?
I have always been comforted by it and I thought the songs on the record needed similar comforting.
INTERVIEW: LAURA SNAPES