MERLE HAGGARD – I AM WHAT I AM

The return of the Hag… in imperious form... 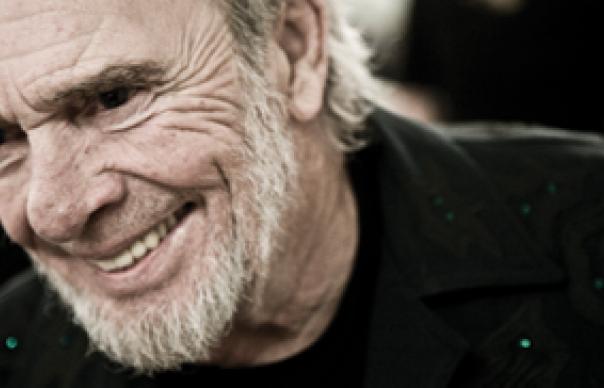 He has, after all, lived it as he’s sung it: fugitive, jailbird, sinner, poor-boy-made-good. It’s the kind of first-hand authenticity most country singers crave, though whether they’d actually survive to sing the tale is another matter.

And perhaps explains, in part, why Haggard’s able to nail the heart of a song with more precision than almost anybody else. Kris Kristofferson recently lauded him as “the greatest artist in American music history”.

I Am What I Am is the 76th – yes, 76th – album of a storied career. And while it must surely be tempting, at 72, to follow the pared-down-Johnny Cash-Rick Rubin route, Hag clearly prefers to enjoy his sunset years as he’s always done. These songs are full and rich, with longtime foil The Strangers creating honky-tonk, country shuffles and even Tin Pan Alley backdrops that often explode with life. Haggard himself sounds finely weathered, his voice now freighted with the same shrewd wisdom as Kristofferson or Levon Helm.

“Live And Love Always” is typical of the record’s more spirited side, a hi-stepping duet with wife Theresa, bursting with piano, sawing fiddle and ragtime trumpet. As is “The Road To My Heart”, in which Haggard exhorts Doug Colosio to pound out a piano solo, then joshes about Louis Armstrong landing on the moon. But there’s another side to all this too. “Bad Actor” alludes to his own mortality in light of his 2008 cancer scare, while “How Did You Find Me Here” finds him in candid mode, thanking God for salvation. “I hit rock bottom,” he confesses, buffered by a lovely solo from guitar legend Reggie Young.

It’s the title track, though, that seasoned Haggard fans will most relish: it’s a postscript to 1980’s “Way I Am”, in which he reassesses his life 30 years on: “I’m no longer a fugitive/And I’m not on the lam/I’m just a rambler / I am what I am”.
ROB HUGHES