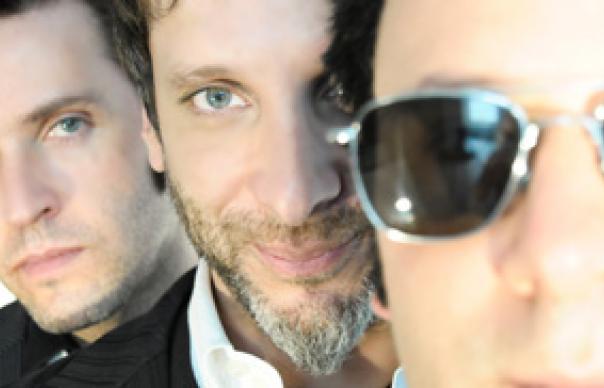 Mercury Rev were once America’s most viscerally unpredictable rock group. Fuelled by heroic quantities of LSD, they drove their jalopy to the swampy hinterland where reality meets fantasy and parked up, creating music described by Melody Maker’s Simon Reynolds in 1991 as “an exquisite Armageddon of tortured dementia”. Perhaps unsurprisingly, most of the band, to some degree or other, went mad.

The Mercury Rev who regrouped to invent cosmic Americana in 1998 with Deserter’s Songs was a very different proposition, shorn of their most disruptive members, and keen to flaunt the classic rock credentials anchoring their more whimsical urges. Since then, the trio of Jonathan Donahue, Sean ‘Grasshopper’ Mackowiak and Jeff Mercel have settled contentedly into a role as Terry Gilliam’s imaginary in-house band.

The sickly-sweet song titles of Snowflake Midnight – “Butterfly’s Wing”, “Runaway Raindrop” – suggest Mercury Rev are happily adrift in the same storybook reverie as on 2005’s pleasant but undemanding The Secret Migration. Musically, however, a near-terminal case of writer’s block combined with a desire to recapture some of their old, spontaneous magic, has forced Mercury Rev to shake things up.

Snowflake Midnight’s songs didn’t begin life as piano melodies or sequences of guitar chords, but as digital images fed by Donahue into a random note generating computer program – the songwriting equivalent of the diceman game. Meanwhile, traditional instruments were junked in favour of sounds plundered from Reaktor, an online open-source library of synthesised effects. The result is a series of songs which rarely revolve or repeat but frequently scarper off in new directions across a confoundingly vast sonic palette, making the album as frustrating as it is exhilarating.

Opener “Snowflake In Hot World” begins in familiar recent Rev territory, like a Broadway lullaby underscored by Boards Of Canada, but it’s soon careering out of control as the randomiser unleashes a disorientating barrage of florid crescendos, cascading drums and pompous whooshy effects.

“Butterfly’s Wing” is more restrained and accordingly much more successful, arming Talk Talk’s “After The Flood” with a spry electro-pop beat. “Senses On Fire” is even better, a vivid, motorik rapture that could easily be mistaken for someone like Fuck Buttons as Donahue yelps “Ready or not, here I come!” into a toy megaphone.

The fact that you have no idea what’s coming next is cause for both excitement and trepidation. The three-part “Dream Of A Young Girl As A Flower” is a queasy rollercoaster ride, beginning deftly with hints of Björk and The Beta Band, before it’s engulfed by a stampede of ugly tribal rave drums and backwards vocals. “A Squirrel And I (Holding On… And Then Letting Go)” is one track where Mercury Rev’s urge to utterly overload your senses with tier-upon-tier of bass arpeggiators, jazzy trumpet solos, brittle synth strings and samples of babies laughing/crying, is genuinely awesome rather than just a bit annoying – and even then you have to conquer your feeling that no-one other that Syd Barrett and Michael Jackson ought to be anthropomorphising rodents in song.

The problem with Mercury Rev’s belated conversion to electronica, though, is that nothing dates as rapidly as the recent past, and their programming techniques already sound a little tired. As zithers pling and skittering drums pan from left to right, the ghost of ‘folktronica’ looms large. It must be odd for the likes of Four Tet, Caribou and Boom Bip to hear their one-time heroes dabbling in ideas they themselves discarded five years ago. And while Snowflake Midnight’s ambitious rococo flourishes align it most closely with Mercury Rev’s lost 1995 classic See You On The Other Side, the ever-present metronomic backbone means it lacks that old sense of woozy wonder. The Rev used to sway with the breeze; now they seem rigid and uptight.

For a band who once spent a large proportion of an infamous London gig dismantling a grand piano, Snowflake Midnight is not really experimental. There are flashes of thrilling chaos but all too often they are contained and subdued by fussy programming. Potentially the real ‘out there’ stuff will surface on Strange Attractor, an all-instrumental companion album to be made available for free download on release day.

What they’ve fashioned here is an album that’s often very pretty, occasionally infuriating, and helmed with a certain distant preciousness a – all of which explains why Mercury Rev will never be welcomed with the quite same affection as their longtime psych-pop comrades, The Flaming Lips.

What was fresh about the way you approached Snowflake Midnight?

Usually I’ll find myself at the piano, or strumming along on a guitar with the words flowing out, and I noticed somewhere along the way that I wasn’t there. I found myself out in the middle of the wilderness. The familiar hills had all of a sudden just disintegrated, dissolved. For months it was quite bewildering. There was an emptiness, but that’s where the creation was born from.

How do the random note generators work?

You literally scan in a photograph of a dog or something and these programs will read off of it, spitting out these weird garbled phrases and drones. At first it was a novelty but after a while I became completely absorbed and the guitar grew dusty. We’d play for hours and hours, accompanied by these random note generators as this other ghost member. The idea of constructing the song itself was totally abandoned. You can certainly hear some influence of Terry Riley. Whatever had grasped him had also captured our own imagination.

Why have you chosen to release Strange Attractor simultaneously as a free companion album?

There are a lot of correlations between the two albums but we didn’t want it to be a double album. The only other way to do it was to release it for free, otherwise the label would have had us wait for a really long time so as not to compete with Snowflake Midnight, and all these other industry reasons.

Were both albums recorded alongside each other?

Yes. We weren’t even sure which songs were going to go on which album. Several songs traded alliances at the last minute.