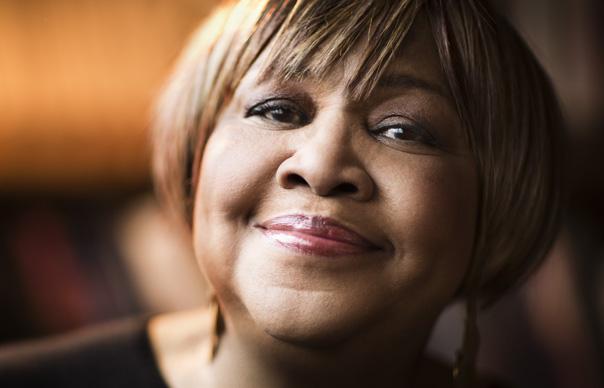 The valedictory album from the artist of advancing years has become a feature of modern times. Johnny Cash’s American albums set the standard, nodding to his past while embracing numbers by U2, Prince Billy et al. Since then Kris Kristofferson and Glen Campbell have made similarly stark, mortality-aware records.

Although Mavis Staples remains a sprightly 73, she’s been engaged in a comparable act of summary and relocation. 2007’s We’ll Never Turn Back, produced by Ry Cooder, returned her to the civil rights activism of the 1960s, when she and her gospel family, The Staple Singers, stood side by side with Martin Luther King, the group becoming an icon of black pride when they joined Stax records to record anthems like “Respect Yourself”.

More unexpected was 2010’s You Are Not Alone, an alliance with Wilco’s Jeff Tweedy that presented her intact vocal powers in a fresh, semi-acoustic context, setting spiritual pieces alongside numbers by the likes of Randy Newman and Allen Toussaint. It went on to bag a Grammy for ‘Best Americana’ album, a reminder that the vogueish tag may apply to more than updates of old-time string bands.

One True Vine is a seamless sequel. Again, Tweedy produces and plays almost everything on the record, with drums ably provided by his 17 year old son Spencer. Not that there are many instruments present. Tweedy is content to provide low key guitar parts, letting Mavis blaze centre stage, supported by a loud vocal chorus.

The pairing seems an odd one, but Staples has always been open to working with others – witness 1993’s Prince-produced The Voice – while the two have Chicago roots in common. Crossing town to Tweedy’s Loft home studio was an enticing task once the singer was convinced Wilco’s mainman knew her history back into the 1950s when Mavis started out, an admiration that began with Tweedy’s teenage years in a record shop. One might also reflect that the Staples’ pre-Stax output was mostly adorned by little more than the rolling guitar lines of her father. Tweedy is no Pops Staples, but he knows how to drive a song gently but insistently.

Pops’ “I Like The Things About Me”, which Mavis sang with him at the Wattstax festival, is one of the ten offerings here in a selection that is unabashedly religious but which takes some unexpected turns. Among them is Funkadelic’s “Can You Get To That”, a song about marital funds but with a sharp moral spike, “The debts you make you have to pay”. It’s rendered true to the original, funky but steeped in church roots.

The straightforwardly devotional numbers are a mixed bag. Opener “Holy Ghost”, a halting declaration of faith, was written by Low’s Alan Sparhawk. “Far Celestial Shores”, a sprightly look ahead to the “valley of crystal waters” on the other side of death, was penned by Nick Lowe. “Jesus Wept”, a more troubled prayer, was written by Tweedy, who was also responsible for the title track, a song formerly on a Wilco b-side. No proclaimed Christian, Tweedy has nonetheless tussled with religion throughout his career on tracks like “Theologians”, and here embraces the “one true light”.

More predictable origins attend other songs. “Woke Up This Morning (With My Mind On Jesus)” comes from country bluesman Fred McDowell, a moan of release from suffering in its original but bright and uptempo here. “Sow Good Seeds” is a simililarly joyous, call-and-holler clapalong from gospel troupe Doc McKenzie and the Hi-Lites, while “What Are They Doing In Heaven Today” was written in 1901 by Charles Tindle, a noted black preacher. Much covered, the song can be rendered ironically as a critique of religion’s ‘pie in the sky’ attitude (check the versions by Jorma Kaukonen and Mogwai) but Mavis delivers it with no such doubts. Listening to One True Vine, one can believe along with her.
Neil Spencer