Mark Eitzel – Don’t Be A Stranger

More heartbreak and droll humour from one of America’s underrated greats... 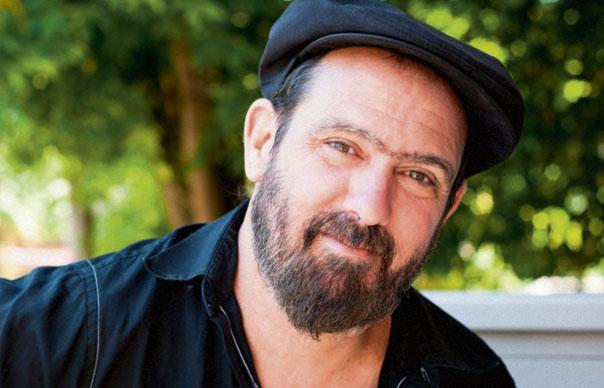 Mark Eitzel is a songwriter who repeatedly revisits old wounds and trauma, taking slightly different positions on the same handful of concerns – love, relationships, misanthropy. This repetition often yields great results – the many songs drawn from his early muse, Kathleen, are a case in point. But it also means that Eitzel can risk falling into self-parody, or at least predictability, a fine line that he walks through many of his albums. It may have been a long time since American Music Club earned their stripes, with the media attention around 1991’s Everclear, but there’s a case to be made for many of the songs on that album sitting, with a slightly less tortured rictus, on Don’t Be A Stranger, his third solo album.

The album itself comes after a trying time for Eitzel, suffering from a heart attack in 2011, dealing with the passing of long-time drummer Tim Mooney in June of this year, and seeing the reformed American Music Club disintegrate after two great albums, in particular 2004’s unrelenting, almost claustrophobic Love Songs For Patriots. (More so than his lauded ‘90s classics, Patriots feels like Eitzel at his peak, his most essential.) On the flipside, he’s also worked on a musical with Simon Stephens, Marine Parade, and had his new album funded by the most unexpected of routes – a friend gifting him studio time through a lottery win.

That studio time, working with co-producer Sheldon Gomberg, is both blessing and curse. Curse because, at its most polite, Don’t Be A Stranger comes uncomfortably close to smoothed-over, rote singer-songwriter territory, with Eitzel’s voice adrift in a hermetically sealed environment, no rough edges, no real character. It takes a leap of faith to read this as a seductive foil to Eitzel’s tales of dejection, though really it’s only his warmth and the occasional barbs in his lyrics that save the more lugubrious moments on Don’t Be A Stranger.

Thankfully, more often than not Eitzel is on great form. He’s already said that he was hoping to make his Harvest or Five Leaves Left here, though Scott Walker‘s 1960s albums sometimes feel like closer companions: the strings that hover spectrally over “I Know The Bill Is Due”, an early highlight on the album, recall Walker’s similarly eerie “It’s Raining Today”. This is also one of Eitzel’s best vocal performances on the album, and indeed it’s his voice that really stands out across Don’t Be A Stranger’s eleven songs, a warm, understated thing that has lost the overt drama and dynamics of his times in American Music Club, and is all the better for it.

The other highlight is “We All Have To Find Our Own Way Out”, where Eitzel sings to the piano about ‘broken child stars’ and suicidal souls, with Eitzel addressing his other, ‘I don’t love you enough for your despair’. It’s a beautifully sad moment on a record that could use a few more of them. If the ‘American Morrissey’ tag that Eitzel was once saddled with ever made sense – it generally didn’t – it’s because, like Morrissey, Eitzel’s moments of droll humour deflect. He could serve to be yet more mordant, more dark-hearted. Much like The Smiths at their most abject, Eitzel excels at, and in, misery. It’s what makes his songs compelling – his forensic character dissections, and his disentangling of the fallacious language of love, both speak to an ability to write with both a brutal critical voice, and the artfulness of great poetics.

But with Don’t Be A Stranger, Eitzel has traded some of that intensity for a slightly more pacific understanding of the vicissitudes of the real. Ultimately, it’s a fair trade, revealing Eitzel, yet again, as an underappreciated, misunderstood, great American song writer.
Jon Dale