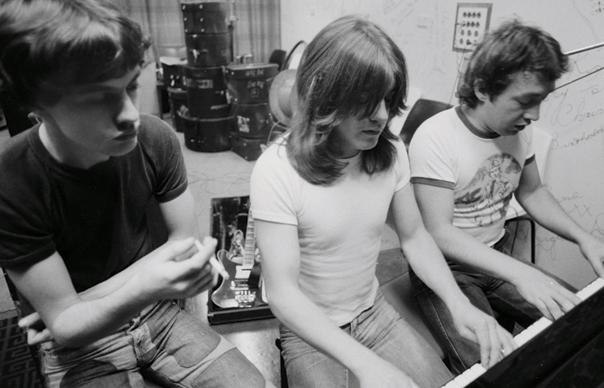 If the Marcus Hook Roll Band are known for anything it’s as the first vehicle for AC/DC siblings Angus and Malcolm Young. But the story began in London in 1972 when Australians George Young and Harry Vanda, formerly of The Easybeats, handed a demo to EMI. Producer Wally Waller, a former Pretty Things bassist, recorded two singles but by the time an album was requested Young and Vanda were back in Australia. Waller was told to follow. “I stood there tutting, making out it would be a terrible drag,” chuckles Waller.

In Sydney, George roped in elder brother Alex, once of Beatles prodigies Grapefruit, on sax while guitar came from 20-year-old Malcolm. “Malcolm was playing stuff you needed to be 30 to play, stuff that required a bit of soul, some life experience,” recalls Waller. “I said to George: “Your brother is really something”. He said “There’s another like him at home”. Angus turned up and was just as good.” The album – named after Waller’s duty-free bourbon consumed in well-oiled sessions – thus became the first record featuring Malcolm and Angus Young, and the only album to feature four Young brothers.

Particularly odd is the radical-chic two-hander “The People And The Power” and “Red Revolution”. Five bonus tracks include previously unreleased country cornball “Ride Baby Ride”. Nobody can remember who played what but Malcolm was on everything and Waller is sure Angus played on “Watch Her Do It Now”. As it was, the album was shelved after Young and Vanda refused to tour America, but Waller wasn’t surprised to hear of Angus and Malcolm’s subsequent success. “I knew how talented they were,” says Waller. “And they had everything else that was required – drive, luck and a brother who knew the industry.”
Extras: Five bonus tracks.
PETER WATTS