4 CD box stuffed with blues, folk and songs that shaped an era... 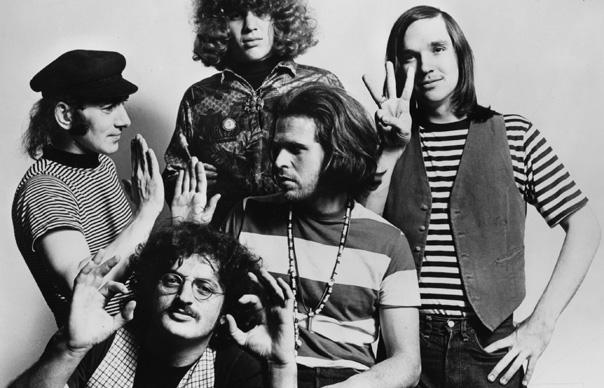 4 CD box stuffed with blues, folk and songs that shaped an era…

When New Yorkers Seymour and Maynard Solomon founded Vanguard Records in 1950 they surely didn’t suspect just how influential their creation would be in shaping the music and ideals of the post-war generation. The brothers were classical buffs focussed on the past – Maynard was to write a definitive Beethoven biography – but with ears open to the present and with a radical streak. Alongside its fastidiously recorded Mahler symphonies Vanguard also built a substantial jazz catalogue and signed singer Paul Robeson and folk revivalists The Weavers when both were political outcasts in McCarthyite America.

Astutely, the Solomons also bagged the rights to record the Newport Folk festival from its inception in 1959, a move that brought them into closer contact with the burgeoning folk movement – after her scene-stealing performance at Newport ’59 they immediately signed the 19 year old Joan Baez – and blues acts ancient (Mississippi John Hurt) and modern (Charlie Musselwhite). Not everyone recorded at Newport was available for Vanguard’s resulting live albums (certainly not, say, Bob Dylan) but time’s passing means there are rich live pickings on the well assembled and annotated Make It Your Sound.

“The Solomons were interested in everything,” reflects writer Samuel Charters in his liner notes, adding that what allowed the brothers to succeed in the cut-throat world of indie labels was their “arrogance”, their belief in quality acts and meticulous production techniques. Charters worked for Vanguard in the 1960s, signing a tranche of outstanding Chicago blues artists to the label and, later, recruiting psychedelic upstarts like Country Joe and The Fish.

By the time LSD was frying young America’s minds, Vanguard’s glory days were on the wane, yet between the late 1950s and mid 1960s the label exerted a defining influence on America’s idea of its musical heritage. The seeds planted by the Weavers when they popularised hokey songs like “Old Smokey” and raised Woody Guthrie‘s standard on “This Land Is Your Land” helped grow a generation of earnest, upstanding folkies. The scene was divided between cloying acts like Ian and Sylvia, whose “Four Strong Winds” is surely the template for the Spinal Tap team’s folk spoof A Mighty Wind, and wilder souls like Phil Ochs, Dave Van Ronk and Dylan. The latter trio, none signed to Vanguard, are all present here thanks (to Newport Festival appearances, Van Ronk spikily drawling “Cocaine”, Ochs with the furrow-browed “There But For Fortune” and Dylan with “North Country Blues”.

Alongside them come overlooked singer-songwriters like Patrick Sky, Eric Anderson and Richard and Mimi Farina, all of whom sported Vanguard’s badge of integrity and quality – unlike, say, The Kingston Trio (another Newport borrowing) whose cheery, anodyne trad – here they cover Guthrie’s “Hard, It Ain’t Hard” – were astonishingly popular. In 1963 Vanguard achieved similar crossover success with an antique blues, “Walk Right In”, winningly glossed and flossed by young trio The Rootftop Singers, whose jaunty version, power-strummed version on twin 12 string acoustics, would help shape the Byrds guitar jangle (and, one suspects, Beatles tracks like “You’ve Got To Hide Your Love Away”).

The divide between ‘folk’ and ‘blues’ was indistinct – white folkies played blues, admired black ‘folk blues’ (ie acoustic) artists like Odetta, but became twitchy when, say, Muddy Waters plugged in an electric guitar. Disc One here features both strands – great Newport performances from the likes of The Reverend Gary Davis and Koerner, Ray & Glover, alongside tough electric sides by J.B. Hutto, James Cotton, Otis Rush and Junior Wells. All the latter come from sessions overseen by Sam Charters, and when moodily packaged as Chicago/The Blues/Today! became seminal, much covered albums for the British blues boom.

The collection of bluegrass sides on disc two illustrates how hardcore high, lonesome moaners like The Stanley Brothers and Bill Monroe were readily accepted into the folk fold, though their banjos, mandolins and harmonies were also softened by urban acts like The Country Gentlemen and The Greenbriar Boys, whose familiarity with Ozark mountain life was largely theoretical.

However one drew the lines between authenticity and commerciality, the Vanguard catalogue offered a fascinating matrix of American roots music (though no-one called it that). The Newport albums alone were hugely influential in presenting a jumble of performers – young/old, black/white – in a live context and broadcasting the still novel idea of the music festival.

After so much studious picking, the stream of psychedelia that arrives on disc three is quite a wrench. Alerted to the rock revolution on the West Coast, Sam Charters chose well by signing Country Joe and The Fish, who had the definitive anti-Vietnam anthem in “I Feel Like I’m Fixing To Die Rag” and an ace acid-rock guitarist in Barry Melton (a clear model for Neil Young). Less successful were quirky folk-psyche outfits Serpent Power and Circus Maximus, though the latter featured an early incarnation of Jerry Jeff Walker, later to find fame on Vanguard as a songwriter and Austin outlaw. Charters’ other signings included powerhouse Detroit rockers The Frost, who proved also-rans to the MC5, and Notes From The Underground, whose 1968 song “I Wish I was A Punk” arrived several years too soon.

Unlike its distant indie cousin Elektra, the arrival of the rock machine signalled the slow decline of Vanguard. The label had always prided itself on the natural ambience of its recordings (often made in a disused ballroom) and struggled with the age of drum attack and overloaded guitar amp. Sensibly, the Solomons mostly stuck to what they knew best. Disc Four gathers country rockers like Gary and Randy Scruggs, The Dillards and Kinky Friedman, along with native American songwriter Buffy St. Marie and oddities like Oregon, whose 1972 “Sail” is an east-west world fusion before its time. Also here are two 1968 tracks by the lost guitar genius John Fahey, whose style on “March! For Martin Luther King” manages, like many of his recordings, to be both spartan and intricate at the same time.

Vanguard would stagger on for a few years more, buoyed, incongruously, by disco hits, but the pulse of its heartening story is captured on Make It Your Sound.
NEIL SPENCER

Q&A
SAMUEL CHARTERS (Vanguard Producer and author of important historical blues work The Country Blues)
How was the way Vanguard made records different?
What people don’t remember was that Vanguard was enormously successful as a classical label and it was founded to record all the music of Bach. Their first great success was recording the songs of Mahler. Maynard Solomon had an ear for what was happening in the culture, but they brought to recording artists like Sandy Bull the same level of care that they brought to classical recordings: the level of recording was very high, the recordings were beautifully presented and they treated artists with the same level of respect musically – they weren’t out to make hits. The fact that they were so successful, was due to the fact that there were artists who weren’t being represented in this way.

Still, there were hits?
At one point Joan Baez had three recordings in the top ten. It meant that Vanguard was pretty much free to allow artists they respected to do what they wanted. We really had no idea what we were working with…What LPs would reach the market. This was before the days of studio time and large advances so we had the freedom and the opportunity to innovate, which by the end of the 1960s was completely lost.

How did people arrive at Vanguard?
John Fahey had sent me his first record in 1959 in the summer and I listened to it and just didn’t get it at all. I sent him a letter just dismissing the whole thing as nonsense. But John was just totally determined, he had created his own record label, Takoma – he was partners with ED Denson, who managed Country Joe and The Fish who I brought to Vanguard. And ED said, “John has gone as far as he can with his own label – perhaps Vanguard could offer him more resources for his recordings…” Which is why John came to Vanguard. He had made a career for himself and was looking for a chance to expand his possibilities. Vanguard was never part of the pop world – you have to believe in it to master it and they never quite believed in it.

There was a mission there?
Politically they put themselves out on a limb by recording Paul Robeson and the Weavers. It meant that you were deeply in trouble with the anti-Communist area that was raging in the country. Vanguard not only believed in artistry, it was willing to fight for it. They had standards, and they never accepted anyone who didn’t have high standards too.

How did Vanguard feel about hippies?
People don’t understand what it meant to record Pete Seeger and The Weavers – they had been branded Communist Infiltrators by the house of Unamerican activities commission. There were riots by rightists when Pete Seeger or Paul Robeson tried to perform. Vanguard put the Wevers in Carnegie Hall and recorded the concert. So they were simply saying “Hey, we have to take a stand.” That first Country Joe album. l passed Maynard in the corridor and he held out his hand and told me how wonderful he thought it was. We all wanted someone to make that statement, and there was Country Joe. Simply having Joan Baez as your leading artist put you in a very exposed position.

How did this compare with other labels?
There was much less concern for this in a company like Elektra. Jac Holzman had none of this commitment and as a consequence became much more successful. He recognised that the audience did not share Vanguard’s feelings in many ways. Phil Ochs was committed but he was not enough of an artist – the songs weren’t all there. Their standards got in their ways. We tried lots of different things, and some of them worked. Vanguard felt we would know about an artist by the third album, which is not the pop way at all. The idea was that they would stay with Vanguard and establish a body of work.
INTERVIEW: JOHN ROBINSON