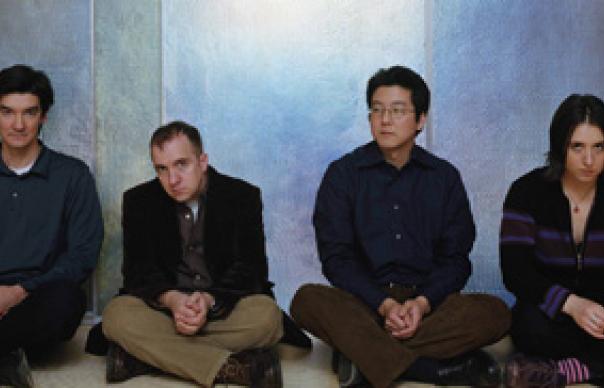 Worshipping a holy trinity of Irving Berlin, Phil Spector and ABBA, Stephin Merritt has never had much truck with indie rock. Indie rock, however, has had a lot of time for him, adopting him as its resident smartass sourpuss, a modern-day cross between Cole Porter and Randy Newman. A whole scene of high-concept hipster pop – Sufjan, Beirut, The Decemberists – has even sprung up in his image.

But since the masterpiece of 69 Love Songs, Merritt has severely tested this audience’s patience – a tendency summed up in the title of his anthology of musical theatre commissions, Showtunes. Author Rick Moody was even misguidedly moved to attempt to re-edit the 69 down to 31 in an essay expunging anything with the merest trace of camp or Broadway.
Distortion, then, is an LP for him, and anyone who felt Merritt took a wrong turn after ’96’s Get Lost. A baker’s dozen of three-minute pop songs, produced consciously in the image of The Jesus And Mary Chain’s Psychocandy, it features not only feedback guitar, but feedback piano and drums, and even a game gesture at feedback accordion.

The howl is largely cosmetic, however, adding a spiky sheen to what for Merritt are some pretty standard pretty standards. “Three-way” is an upbeat instrumental, recalling the Pixies at their goofiest. “Old Fools” and “Courtesans” can go straight onto the 99 Songs of Weary Heartache Merrittmix some of us have been compiling for the past few decades. “Too Drunk To Dream” makes an hilariously convincing case for functional alcoholism. And “I’ll Dream Alone” meets Springsteen’s recent return to Spectorpop halfway.

Like every Merritt LP since 69 Love Songs, it feels like a bit of a postscript, but a conceit that grand comes along once in a career. He may be treading water a little until he really gets into his groove as the 21st century Sondheim, but Distortion at its best is beguiling and quietly devastating.