Nine albums in, the queen of heartbreak tempts fate by cheering up 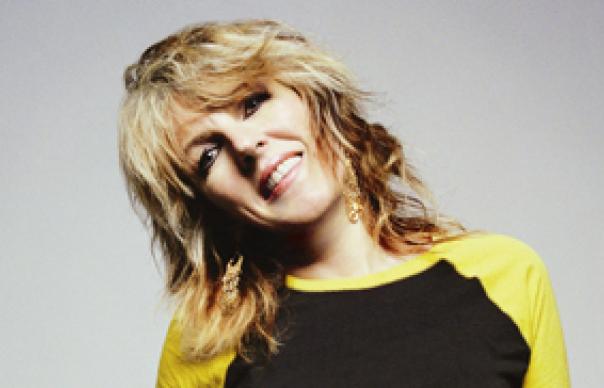 Short of having one’s favourite guitar stolen, it is difficult to imagine what greater misfortune could strike the country singer than falling happily, healthily and eternally in love. The lifeblood of the genre is that which drips from broken hearts; country is essentially music of consolation, not celebration.

Such, however, would appear to be the calamity that has struck Lucinda Williams at some point during the writing of this, the ninth studio album of a career which now stretches back three decades (the lucky fellow is her manager Tom Overby, also credited as co-producer). Several cuts on “Little Honey” are unabashedly thrilled, veritably gushing, bracingly naïve encomiums to the trueness of Cupid’s aim: coming from Williams, who has well earned a reputation as a provider of apposite soundtracks for romantic anguish, it’s almost as disorienting as discovering that the new Richard Curtis film is to be an adaptation of “Oedipus Rex”.

The tone is set, not unreasonably, by the opening track. “Real Love” is breathless, excited, verging on gauche (“You’re drinking in a bar in Amsterdam/I’m thinking baby far out, be my man”), an instant contrast with the bulk of Williams’ oeuvre, in which she has generally sounded bereft and self-reproachful. This punchy rocker also serves the purpose of introducing the band she has corralled for “Little Honey”, a formidable lineup including longtime Eels collaborators Chet Lyster (guitars) and Butch Norton (drums), Doug Pettibone (guitars), Matthew Sweet (backing vocals) and Susanna Hoffs (backing vocals): other tracks on “Little Honey” are graced by Elvis Costello, Jim Lauderdale and Charlie Louvin.

Fortunately, Williams knows enough to grasp two crucial considerations: that a little of other people’s unfettered happiness goes a very long way indeed, and that at any rate it’s not really what we pay her for. The rest of “Little Honey” either revisits Williams’ familiar palette of defeat and disappointment – or at least, when it doesn’t, reflects backwards from her presently elevated position over the testing, punishing ascent to the peak.

The bluesy torch tunes “Tears Of Joy” and “The Knowing” both manage the neat trick of appreciating the present by mourning the difficulties of the past, and the gorgeous solo acoustic ballad “Plan To Marry” dares to revel in the idea of love as a bulwark against the disappointments and disasters which have hitherto informed a lot more of Williams’ writing. It’s telling that the only outright dud on the album is its least ambiguous track: “Honey Bee”, a lubricious pledge of devotion queasily comparable to overhearing cooing honeymooners in the next seat along the aircraft.

As ever where Williams is concerned, however, it’s all about the voice. That husky, sardonic rasp sounded heroically weatherbeaten when Williams first attained wide recognition with 1988’s “Passionate Kisses” (later an anodyne pop hit for Mary Chapin Carpenter), and has only acquired further depths since. It’s heard at its best here on “Well Well Well”, an old-school country blues pleasingly evocative of what might have resulted had Iris DeMent been born early enough to record at Sun Studios – the presence of the great Charlie Louvin on backing vocals contributes to the period vibe – and on “Jailhouse Tears”, a double-hander with Elvis Costello in which they play off each other winningly as an incarcerated felon and his long-suffering missus: it’s an heir to the rancorous dialogues of George Jones and Tammy Wynette, or Conway Twitty and Loretta Lynn, that also manages to suggest something of the tone of Shane MacGowan and Kirsty MacColl on “Fairytale Of New York”.

The clear highlight, though – conceivably of Williams’ career to date, and not just of “Little Honey” – is the exquisite “Wishes Were Horses”. That this wondrously lachrymose lament has, apparently, languished un-recorded for more than 20 years is an outrage ameliorated only by the quality of what Williams has committed to tape in that period.
“Little Honey” is a heartening and humble album, sufficiently smart and aware to be an expression of thanks for the journey as well as the destination. In context, the AC/DC cover which closes proceedings seems less like a tossed-off rehearsal-room tear-up than it otherwise might: as Williams has clearly learnt the hard way, rock’n’roll is not the only realm of endeavour in which it is a long way to the top.

UNCUT: This is a more cheerful album than you’re known for. . .
“I was thinking that. Some of the songs were left over from [2007’s] ‘West’, but in the meantime I’d gotten inspired – I’d been out on the road, and I was in a different place emotionally.”

You’ve some stellar backing vocalists here.
“I didn’t know Matthew Sweet or Susanna Hoffs. Tom [Overby, co-producer andfiance] came up with the idea of Matthew, and Matthew brought Susanna. He did these amazing arrangements, and she sounded like an angel. I usually don’t know what I’m doing until I get to the studio. Matthew is like the Brian Wilson of today, he’s a genius.”

Is it intimidating having someone like Charlie Louvin in the studio?
“No. We took Charlie on tour with his band, and it was a great experience.
He’s 81, and a total punk rocker, and funny as hell. He’s showing me how
cool 81 can be.”

And how does a country singer end up covering AC/DC?
“That was Tom’s idea. He thought the album needed an out and out rocker, and I find those hard to write. I didn’t even know the song, but Tom got us to try it. I came in at the end of the day, when the band had been rehearsing it, and I was a little resistant, but I drank some wine and gave it a try. We end with it every night now, and people go nuts.”