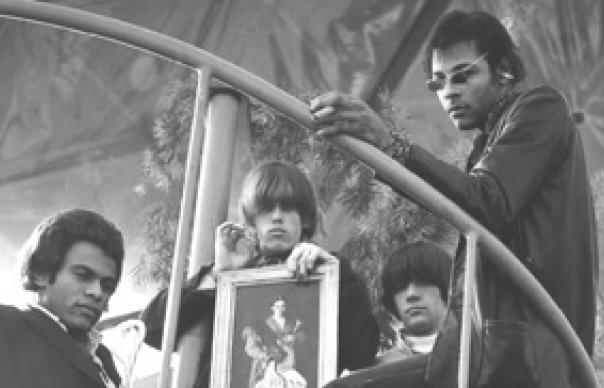 A suite of songs as seductive as honey-traps, with such powerful psychological associations of sunshine that they almost warm the skin on your arms, Forever Changes was – we know – fashioned out of chaos in 1967 by a complex, multi-racial Los Angeles group reeling from the effects of fractious egos and drugs. You could call it an album of many realities, from Dali to Don Quixote, and certainly, when it came to the existential ‘moment’, few singers were as voluptuously aware of their senses as Arthur Lee (“And it’s so for-real to touch, to smell, to feel, to know where you are here”).

Filed in a thousand iPods under Rock (it isn’t, really), but too weird to be billeted alongside The Turtles in Pop, Forever Changes is an enduring imponderable. With its fiesta-like melodies, and startling shifts from the benign to the macabre, it’s like “Do You Know The Way To San José?”, if LA was a great big freeway with a line of hearses stretching out to the airport.

Rhino’s new Collector’s Edition – a two-CD set – expands on the 2001 remaster, keeping the sound quality high but consigning the bonus material to a second disc. This 78-minute disc, unusually strong for a reissue of this kind, begins with an ‘alternate mix’ of the entire album. Imagine: the songs are familiar, but the voices and instruments all occupy completely different positions in the stereo picture. This makes for tremendous fun, and personally, while it may be heresy to say so, I’ve started preferring a few of these mixes (“Alone Again Or”, “The Daily Planet”) to the originals.

Highlights from the studio tracking sessions, meanwhile, allow us to observe the music being made. This proves less enjoyable. “The Red Telephone” disintegrates in stoned laughter and profanities; Love were clearly out of their brains. More worthy of interest is the selection of demos and outtakes, including an electric guitar prototype of “Andmoreagain”, a dynamite backing track for “A House Is Not A Motel”, and a breezy little tune called “Wonder People (I Do Wonder)” which will remind you of Tom Jones’s “It’s Not Unusual”.