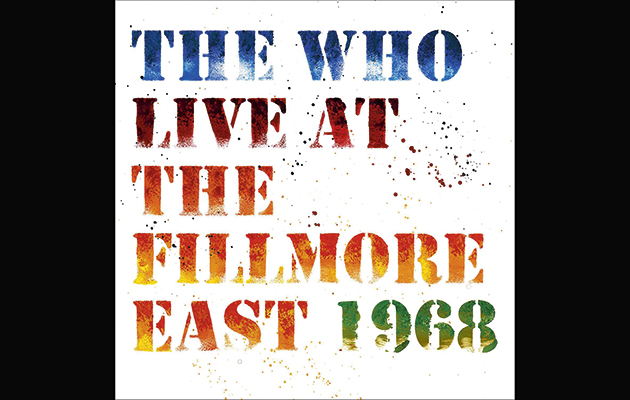 “If you’ve only just turned up, this is our last song – but don’t worry, this one goes on for quite a long time,” grins Pete Townshend, before launching into a 33-minute version of “My Generation” that completely re-imagines the three-minute classic, before ending in a holocaust of ceremonial destruction.

It’s April 1968 at the Fillmore East, and The Who are playing in a fraught atmosphere. Martin Luther King was assassinated two days previously, and a cloud hangs over the USA. It’s the sort of tension The Who thrive on, and their epic finale of “My Generation” is a cathartic, performative howl that passes through multiple phases of angst and calm before the inevitable instrumental obliteration. It’s undoubtedly the highlight of The Who’s April 6 Fillmore East show, which was professionally recorded for a proposed live album but never released. The gig instead passed to bootleggers, who have been pushing different versions for years but even the best of them have never included this eye-opening “My Generation”. This official release has been ably remixed by Bob Pridden, a roadie at the Fillmore back in ’68.

The Who arrived in New York in classically belligerent mood. They were at the end of a long US tour and had already been forced to move hotels after Keith Moon started blowing up bits of the Waldorf Astoria. On the morning of the rehearsal, the exhausted group were photographed by Life slumped by a statue in Morningside Park, sleeping under a Union flag. The Who had played this venue the previous year when it was called the Village Theater, but this was the first time they’d performed there since Billy Graham turned it into the Fillmore East in March 1968. Midway through the show, Townshend and Daltrey recall that in its previous incarnation it was “a pisshole”.

The original plan was to play four short shows over two nights, but due to security concerns following MLK’s death, the band instead agreed to play two longer shows. That’s what allowed them to draw out the extended “My Generation”, and to deliver a couple of mid-set mini-epics in the form of “A Quick One” and a wild 11-minute take on “Relax”, one of The Who’s more psychedelic songs. What stands out is the band’s versatility. There are hard rock raves – notably three Eddie Cochran numbers (“My Way”, “Summertime Blues”, “C’mon Everybody”) – and funky groovers like the terrific cover of Allen Toussaint’s “Fortune Teller” and a waltzy “Shakin’ All Over”. And then there are originals like “Boris The Spider”, “I’m A Boy”, “Tattoo” and the rare anti-smoking song “Little Billy”, but everything is delivered with the muscular sincerity that made The Who such a compelling and memorable live act.

Extras: 6/10. Available either as double CD or triple vinyl, with new liner notes and rare photos.