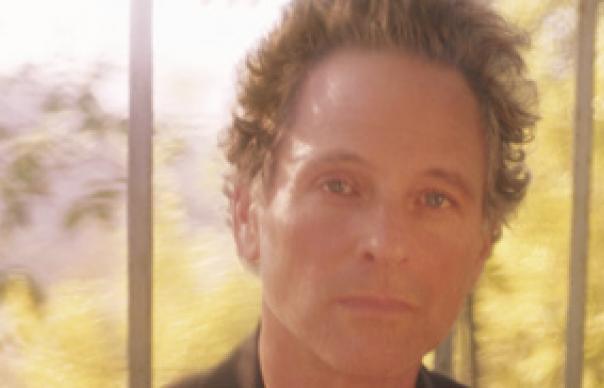 He was, incredibly, the new wave one in Fleetwood Mac, but Lindsey Buckingham’s much-tromboned love of the Gang Of Four, Prag Vec and the Delta Five (or similar) never really seemed to make it into his music. (Certainly very few people who ever heard Love Like Anthrax ever went on to make a double album like Tusk). But he’s always had more of an adventurous spirit than his fellow band members. And this presumably why Mick Fleetwood and the McVies invited Stevie Nicks and him to join their old blues band, effectively bolting a Mustang body onto an old Bentley.

In fact, Buckingham’s extra-curricular creativity has been something of a problem for him, in that he keeps writing a lot of the best songs in his old band, all the while initially intending them for himself. Thus the first incarnation of Gift Of Screws which he worked on between 1995 and 2001, and which was, in a way, his Smile. A double album, it never came out, as Buckingham was persuaded to stripmine seven of its best songs for Fleetwood Mac, who duly recorded them, had big hits, and went away again. Buckingham released instead the perfectly acceptable Under The Skin in 2006, and no more was heard of Gift Of Screws until, as they used to say on Tomorrow’s World, now, that is.

This Gift Of Screws is no sprawling epic. It’s just under 40 minutes long, for a kick off, and it contains no mad experimentation, no Tusky title track or rewrites of “At Home He’s A Tourist”. Instead there is a fair old bit of Buckingham’s trademark fiddly guitar playing (most notably on a song called “Time Precious Time”, which is almost entirely fiddly guitar bits, like a man trying to remember the intro to “Never Going Back Again” for three minutes). Mick Fleetwood and John McVie turn up, as if apologising for nicking all those songs for Say You Will, but Christine McVie and Stevie Nicks are absent, otherwise it would all be unsolo again and Buckingham would be slapping his chiselled forehead and going, “D’oh!”

But despite all that, the most initially striking thing about Gift Of Screws is that, despite its brevity, it’s actually quite varied. The first track, “Great Day”, is both minimal and beefy, like a skeleton that works out. “Time Precious Time”, despite the aforementioned fiddly, is quite peculiar, stopping the album dead just two tracks in, while the title track is purely mental, being the most aggressive thing anyone involved with Fleetwood Mac has ever recorded. What it’s about is hard to tell, largely because it’s quite hard to get near the lyrics with all the clenched-teeth vocals and tornado-faced guitars. If it was a single, some people might die.

And there are a few proper pop classics on here as well. “Wait For You” is the sort of yearning song that The Cars or Cheap Trick would have killed for, but with an added stadium melancholy that only Buckingham can do. “Love Runs Deeper” is like ELO, only great. Best of all, if you’re listening to this album because you liked Rumours (and it would be a bit weird if you weren’t), The Right Place to Fade is a great Rumours song that never was, even down to the skipping beat and “ra-ta-ta-ta” hook. (You can imagine Fleetwood Mac’s managers begging Buckingham to hand it over the band and crying when he doesn’t).

It’s hard to imagine this record being number one all round the universe – Buckingham’s name alone doesn’t shift warehouses – but, even as a listener raised by the new wave police to weed out and destroy punk traitors, I’m astonished by the inventiveness, excitement, and pure bastard vigour of this album. It’s like Keane never happened. It would seem that Lindsey Buckingham is still the cutting edge king of Bel Air.

UNCUT: A version Gift Of Screws was originally intended for release over a decade ago. What happened..?

BUCKINGHAM: There was an intention of putting out a solo album in the late Nineties – and then something intervened, which was Fleetwood Mac, and so that got put on the shelf. And then a certain amount of the material from that grouping made its way onto the new studio album, Say You Will. There are maybe three songs that remain from that group of songs on the present Gift Of Screws that were waiting to find a home.

How do you find it as a solo artist instead of working in a group?

I don’t have a problem exposing myself as a solo artist… You can go back to a post-Rumours environment. Rumours was extremely commercially successful. In the wake of that success, you find yourself having freedom. But you also find yourself poised to follow the expectations of those who want you to repeat that success to a certain formula. So Tusk was a line drawn in the sand for me to subvert that. Because Tusk was estimated to be a failure in certain camps, because it didn’t sell 16 million albums, a dictum came down to the band that said we should stick a more conservative formula. That was the time I started making solo albums. So the left side of the palette is reserved much for solo work, and the things that are more palatable to the politics of the group as a whole tend to make their way into a Fleetwood Mac context. it’s nice to have both. And it may be a bit schizoid, but it’s a nice luxury to have that. I think you have to let people see the raw side of what’s going on.