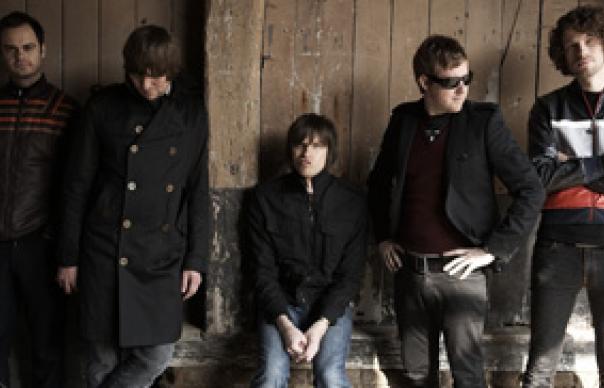 From the day it was born, the 2004 strain of stadium indie was so gigantic that it has been tricky for the bands to work out where to go next. Razorlight and The Killers must be very happy with their yachts, but they’ve all but abandoned the kids who put them there. Meanwhile, The Futureheads’ efforts to do something different on their follow-up only saw them lose their record deal.

Kaiser Chiefs, however, always carried themselves the best of the bunch. While the Leeds band were always as ambitious as Johnny Borrell and Brandon Flowers, they realised that to flaunt it was appalling manners. After the six-times platinum success of Employment, the formula remains unaltered on Yours Truly, Angry Mob. Producer Stephen Street is back, as are the big choruses, glam rockish stomps and wry observations about how modern life can be all confusing sometimes. So far, so Blur. But the Kaisers deliver it with such cocksure relish that, two albums in, they sound 12 times as confident as Blur ever did.

Better still, their second album manages to be full of surprises while never straying too far from what you’d expect. Lead single and album opener “Ruby” is a case in point: freshly-minted pop, a touch less cheeky, resprayed in vaguely more sensible colours. “Angry Mob”, meanwhile, saves its biggest hook for the end, building into a coda that sits snugly between terrace chant and barbed social comment.

Tonally the whole thing is heavier without being the awful cliché of ‘darker’, a winning formula on the spiteful “My Kind Of Guy”. And while the aching “Caroline Yes” stood largely alone on Employment; this time the Chiefs mine a sensitivity that suits them. The swollen “Love’s Not A Competition (But I’m Winning)” displays a lightness of touch beyond their jolly-pop roots, while “Boxing Champ” – sung by drummer Nick Hodgson – even flirts with trip hop.

There came a point about a year and a half ago when it became impossible to read a Kaiser Chiefs interview without them going on about their long ‘struggle’ for success; it became more of an obsession the bigger they became. After enduring nearly a decade of failure, they were never going to turn their backs on fame with an acid-bhangra second album. But just as surely, nobody’s coming to take it all away from the Kaiser Chiefs after this.