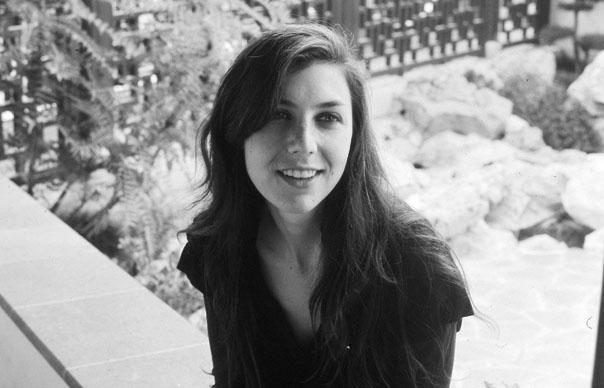 Getting out into the wider world is often considered the making of a bedroom musician; the moment that they break through their solipsistic tendencies and begin to produce music with the potential to connect. To point out that LA-based DIY-recording artist Julia Holter studied at CalArts, as did Ariel Pink and John Maus, and that she has frequently collaborated with Nite Jewel’s Ramona Gonzalez, may provoke certain misconceptions about the potential limitations of her work. However, if Ekstasis, her second full-length album, reveals anything about the hitherto relatively unknown 27-year-old, it’s that her approach is anything but environmental, even when recording at home.

Ekstasis arrives fast on the back of Holter’s small but loudly acclaimed debut, Tragedy, released on LA-based Leaving Records last year. That LP followed CD-Rs and cassettes released on labels based in Vermont, Philadelphia and Yorkshire, and was based around Euripedes’ Hippolytus, taking many of its lyrics verbatim from the play’s dialogue. It doesn’t take a degree in classical literature to discern that Ekstasis, while rooted in Greek thought, is not the opposite of Tragedy. Its predecessor – complete with “Introduction”, “Interlude” and “Tragedy Finale” – lightly but grandly explored the wholeness of narrative form, and its thick-weft drones and creaks were difficult to separate out into individual pieces. Ekstasis (meaning a transcendent state) takes sensory experience and disconnect as its conceit, allowing its nine songs to exist alone, as well as part of a whole. The record alludes to a burgeoning vision that reaches far beyond the four walls within which it was made, establishing Holter’s maverick status in a lineage that stretches from Linda Perhacs – with whom she’s currently collaborating – to contemporary artists such as Julianna Barwick, whose vocal blanketing is a close relative of Holter’s kaleidoscopic incantations.

Holter’s lack of domestic inclination runs surface-level and below ground. Ekstasis genuinely conjures other worlds as harpsichord undulates between rolling grooves and intricate drones, harmonium billows and blusters, and sax stutters carnally. Most strikingly of all, Holter’s layered, glowing madrigal vocal conveys a horde of abbesses using their voices to break down the walls of their cloister. She demonstrates her full range on opener “Marienbad”, named after Alain Resnais’ Last Year At Marienbad, a distinctly strange but deeply satisfying pop song. She starts with monosyllabic intonation, tapping out words like individual notes on a piano, before fracturing to a girls’ choir hell-bent on bastardising the liturgy, and cresting into breathy vocal fanfares without warning.

This unpredictability helps divorce the idea of word from meaning, of sense from sensation: something that may well have come from Holter’s work with phonetic translation. At the start of “Marienbad”, she remarks, “I can hear a statue wonder why they’re so still” before wincing at “the human whisper so cold”, and she places obstacles between her faculties and emotions on the sweet helix of “In The Same Room” – “I can’t recall his face, but I want to” – and the spacey, empowered clank of “Goddess Eyes II”, where she laments, “I can see you/But my eyes are not allowed to cry.”

“Goddess Eyes I” appears at the end of the LP, though its original incarnation creaked into being on Tragedy. It sums up that these aren’t traditionally ecstatic states, but uneasy conflicts: “This is not the quietness… This is ekstasis,” she intones in a trembling tone, before reversing the statement, eventually letting language dissolve into cries and caws as swing drums dally hellishly with looped cello and grunting sax.

Despite exploring convoluted sensory planes, it’s remarkable that the cosmic Ekstasis – recorded in Holter’s home with only five additional musicians – feels surer of itself than Tragedy, a record rooted in millennia-old practice. It’s in that respect – and let’s be unequivocal here, not sonically – that Holter may warrant comparison to Joanna Newsom, as both define their own respective traditions that they then rewrite with each subsequent record. If anyone’s going to assess the limitations of Julia Holter’s work, it’s Holter herself. You can rest assured that she’ll seek to break them on whatever she does next.
Laura Snapes

Q&A
Julia Holter
You’re a teacher by day. What does that entail?
I work at a continuation school with students who’ve flunked out, had kids or are on probation. I’m one of the few music people there.I have this group of girls who really want to learn piano, which is important. A lot of kids just want to record without learning to play. It’s not that you have to, but that kind of skill is disappearing.

As a trained musician, does the amateur culture of experimental music bug you?
No. You should just want to do something honest. I feel that certain artists don’t put a lot of soul into their technique. That’s not OK. I used to work at Human Ear and people would send demos they’d made in their bedroom, that sounded like shit. I was working on stuff for years before I got attention. It’s important to have your own time without worrying what others think.

You were writing for years before you recorded anything, and didn’t tour while you were recording. Is self-restraint important?
I’d have been happy if, in 2007 when I moved back to LA from college, more people had heard my music. I don’t think I intentionally held my music back as I’ve actually been very ambitious, but things just kept happening. I’ve never been good at promoting myself.
INTERVIEW: LAURA SNAPES