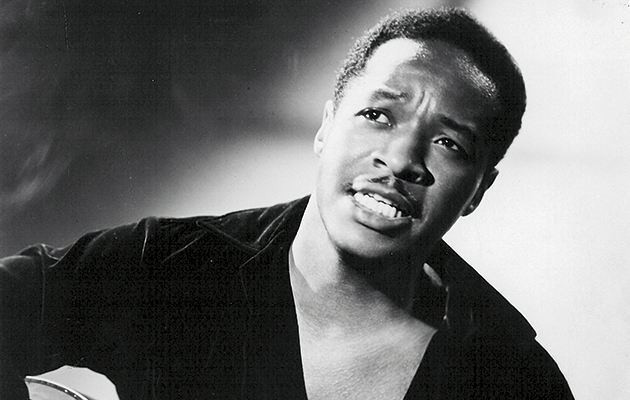 Recorded over two nights at a church in Manhattan, with blankets covering the windows and a paper cup of vodka at the ready, Josh At Midnight is all about mood. The album captures a loose, informal, friendly, late-night (or is it early-morning?) bonhomie between its three musicians: singer and guitarist Josh White, baritone vocalist Sam Gary and upright bass player Al Hall. For fans of gritty Delta blues or its electrified cousin from the city, it might sound a bit polished. White’s is a very practised form of blues, never sounding especially ragged or lowdown. Yet his performance is no less spontaneous or volatile for its professionalism and precision.

Released in 1956 by Elektra Records (whose founder Jac Holzman produced the sessions and penned liner notes for this reissue), Josh At Midnight is one of the great comeback records of the era. White had been travelling and playing for most of his life, first as a teenager in the Jim Crow South of the 1930s and later as one of the most popular black men in America. In the 1940s he recorded the first million-selling race record (“One Meatball”), acted on Broadway and starred in Hollywood films.

White’s efforts as a pioneering social activist, however, landed him on the blacklist, and his 1950 appearance before the House Un-American Activities Committee derailed his professional ambitions. Josh At Midnight launched a new chapter in his career, not only becoming Elektra’s biggest-selling release of the decade but influencing future generations of guitar players, including Roger McGuinn, Roy Harper and Bert Jansch (who owned a Josh White Signature Ovation acoustic guitar early in his career, until a friend nabbed it).

He’s a sharp and supremely agile instrumentalist, with a style that’s both precise and casual. On this version of “Joshua Fit The Battle of Jericho” he makes his acoustic sound like a full drumkit; on “Number Twelve Train”, it sounds like a small army of guitars playing all at once and not always together. For all his dexterity, White doesn’t showboat so much as he riffs gregariously with the other two musicians. Hall’s bass struts through these songs, especially opener “St James Infirmary”. Both “Raise A Rukus” and “Peter” are high-wire acts of blazing guitar riffs and rapid-fire vocal exchanges between White and Gary.

White is a magnetic performer, alternately hilarious and dead serious. He winks his way through the exceptionally randy “Jelly Jelly!”, then laments his own mortality on “Takin’ Names”. More than 60 years later, Josh At Midnight remains a remarkable document, a roadmap to the place where blues intersects with folk, jazz, pop and cabaret. By reinventing those forms for a new generation of listeners, White crafted a lively album whose charm and boisterous charisma haven’t dimmed at all.