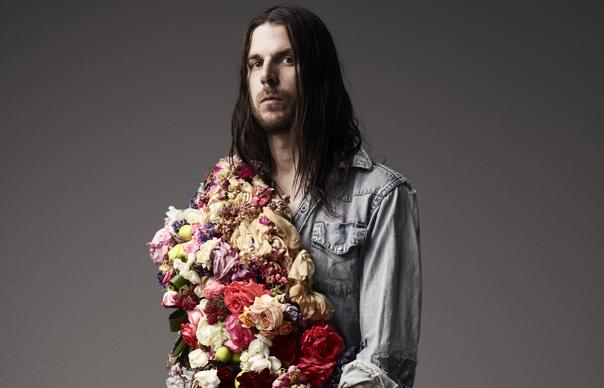 America’s cultural pendulum often swings from coast to coast. After a decade or so where New York has dominated the pop landscape, Los Angeles is very much in the ascendancy, from Ariel Pink to Flying Lotus, from Frank Ocean to Kendrick Lamar. It’s possibly part of the reason why Jonathan Wilson’s debut, Gentle Wind, was one of the most garlanded releases of 2011. While L.A. is commonly dismissed as a cultural vacuum, here was an album that came plugged into the psychogeography of the city, feeding from its terroir, reactivating its musical history.

Wilson recorded Gentle Spirit in his own studio in Laurel Canyon – the bucolic Los Angeles Shangri-La that’s just a short drive from Hollywood’s Sunset Strip – and his band featured many local musicians, including members of The Black Crowes, Vetiver and the Jayhawks. But Wilson also convened with the hippie vibe of late 60s and early 70s Canyon, summoning up images of a bearded Graham Nash strumming love-songs to Joni Mitchell; of Gram Parsons sitting in with the Mamas And Papas; of Jackson Browne jamming at David Crosby’s house.

Ironically, Wilson moved out of Laurel Canyon a couple of years ago (“the only people who can afford to live there these days are wealthy Hollywood types”, he says). He’s relocated his studio to the more downmarket inner-city neighbourhood of Echo Park, but the drop in real estate prices seems to have come with a massive upgrade in recording technology. If Gentle Rain had its roots in the folksy, late-night jam sessions that Wilson would host in his old studio, Fanfare is a lavish musical epic, the work of a dedicated studioholic. If it sometimes sounds like Jackson Browne, Graham Nash and David Crosby, it’s probably because it *is* Jackson Browne, Graham Nash and David Crosby. All three are fans of Wilson’s, and contribute heavenly harmonies on several tracks.

Wilson – a pleasantly geeky, bearded 38-year-old, who speaks in a soft voice with a mild stammer – actually has an impressive CV as a producer and session musician (Glenn Campbell, Elvis Costello, Erykah Badu, Dawes, Father John Misty), and will happily hold forth about vintage analogue consoles and two-inch tape fidelity. And Fanfare is an audiophile’s album. Not only is the musicianship exceptional (Wilson plays piano, keyboards, bass, guitar and drums, sometimes assisted by members of his touring band), but everything is cleanly miked up, deliciously recorded, exquisitely mixed. It also addresses some of Gentle Spirit’s drawbacks: Wilson’s whispery voice is clearer and less whiny, the spiritual hokum is played down, while the songs are better structured.

The opening title track is a statement of intent. It’s a love song to a Steinway grand piano that lasts seven minutes, half of that time taken up by a bombastic introduction: slurring string arrangements, muted flugelhorn, tubular bells and a Roland Kirk-ish tenor sax freakout. Few artists these days have the budget – or the chops – to record these kind of epics.

“Love To Love” is the most orthodox rock song on the album; an uptempo, FM-radio-friendly, major-key stomper that recalls Jackson Browne’s “Running On Empty” or “Doctor My Eyes”. But other tracks take the Canyon references into more arcane territory: we can hear the raga-like extended improvisations of The Doors, the tightly-arranged psych-jazz of Frank Zappa, and the baroque rock of Arthur Lee’s Love.

“Dear Friend” starts as a waltzing David Crosby nursery rhyme that goes into a sludge rock section, culminating in a feverish three-minute, Robby Krieger-style wah-wah duel between Wilson and his guitarist Omar Velasco. “Lovestrung” mutates from a piano-pounding Harry Nilsson ballad into a clavinet-led funk workout. “Fazon”, a funky oddity by San Francisco rockers Sopwith Camel, gets put through the Canyon prism and sounds like a track from Zappa’s Hot Rats, with James King multi-tracking a tight saxophone arrangement. Again, those goosebump-inducing CS&N-style harmonies are a welcome fixture on most tracks, and this time some of them (particularly the lovely, limpid “Cecil Taylor”) actually feature Crosby, Nash and Browne in various configurations.

If there’s one surprising leitmotif, though, it’s the very un-Californian sound of mid-70s Pink Floyd: as if you’ve taken a wrong turning on the Ventura Boulevard and ended up in Grantchester Meadows. These Floydian allusions are all over the place: the Animals-style chord drones on the title track; the Meddle-style tom-toms and organ drones on “Future Vision”, the Echoes-ish suspended chords on “Her Hair Is Growing Long”, the spacey Dark Side middle-eight on “Dear Friend”, and so on. But, even here, Pink Floyd’s gloomy melancholy is put through a distinctly Californian prism and emerges dappled in L.A. sunshine, recast as uplifting mantras.

This is one of the things about Jonathan Wilson’s music that takes it away from empty pastiche. It might be rooted in nostalgic homage but there’s a transformative quality that’s strangely transcendent. Fanfare rummages through the past in a way that will provide aural comfort food for many Uncut readers and writers (isn’t that the middle-eight from Lennon’s “#9 Dream”? Doesn’t that sound exactly like a 10cc single?) but Wilson has found a way of personalising and transforming these fragments into a very contemporary music.
John Lewis

Q&A
Jonathan Wilson
Fanfare sounds much more epic than its predecessor, Gentle Spirit…
That was very much the goal. Gentle Spirit was purposefully more of a homespun affair with a personal atmosphere. Fanfare is a fully blown out late-’70s analogue production. I love all that shit – the old-school studios where six assistants are synching up two multi-track machines, where it would take three weeks to get a snare sound. I used my own studio, which helped with the budget, but it took hundreds of hours of studio time, spread over nine months.

How did you hook up with Crosby, Nash and Browne?
I’ve worked with all of them over the years, both in the studio and gigging, so it wasn’t too hard to reach out to them. We mastered the album at Jackson Browne’s studio, a great place where they mastered the last four Dylan albums. But it’s a dream come true to move from being influenced by them to actually working with them. On the third verse of “Cecil Taylor”, where it’s just me, Crosby and Nash, that really makes me smile.

Were Pink Floyd an influence?
They certainly are. I’m constantly amazed by the music they make. I’ve actually just got hold of a version of the Zabriskie Point soundtrack, with all the tracks that weren’t in the film. Any Pink Floyd references you can hear on Fanfare are probably intentional!

What are the lyrics to “Cecil Taylor” about?
That’s an inside joke with Roy Harper. If something was inappropriate, or insane, or whatever, Roy would say, jokingly: “…and Cecil Taylor on the White House lawn”. It’s a reference to the fact that President Carter, in 1977, invited [freeform jazz pianist] Cecil Taylor to play at the White House for some function. Imagine this gay, avant-garde, African-American musician, in his tie-dye stockings, playing for the President! I saw him with Elvin Jones, and it was very fucking far out. Imagine him playing on the grass at the White House!

Are there any lyrical themes you noticed?
Yeah, there are definitely more love songs. Songwriting is sometimes my only dwelling place, and I was trying to get back to writing simple, loving lyric that branches out to tell some stories.

What instrument do you write on?
I used to write on acoustic guitar, but several of these tunes were composed at the piano. The Steinway grand was the centrepiece of these sessions, and it was a complete lifestyle upgrade! They cost about a hundred grand, so we hired one for 90 days. Right till the last, when they were coming to pick it up, we were scrambling to track it on songs. It appears everywhere. I’m basically a drummer, so pianos are exciting to me. It’s like playing 88 tuned drums…

That’s actually a Cecil Taylor quote…
Is it really? Wow, that’s freaky! So me and Cecil are on the same wavelength there. There are times when I wished that I could combine more complex piano stylings, which is where I use Jason Borger, who plays piano and Hammond in my band. I like the harmonic complexity of the piano.

Why the Sopwith Camel cover?
My drummer, Richard Gowen, is a walking musical dictionary. He’s got thousands and thousands of terrabytes of these strange 70s albums. Sopwith Camel was a San Francisco band that had a kinda vaudeville hit with “Hello Hello” way back in the mid-60s, and then took a seven-year hiatus and came back in ’73 with this kinda pre-disco, space-age hippy sound that sounded nothing like their hit. It included “Fazon”, which I was smitten with. I’ve created a tradition for myself to do a cover on every album, last time I did a Gordon Lightfoot song.

What else have you been listening to lately?
All sorts. Laura Marling, Father John Misty, and Crazy Horse, who we’ve been touring with a bit. But mostly it’s “classic era” stuff, recorded between 1967 and ’74 or ’75. There are still thousands or amazing, relatively unknown albums made during that period which are new to us. Then there’s also Dorothy Ashby, Alice Coltrane and Milton Nascimento, people I listen to nearly every day, like a mantra. I’d love to work with Nascimento. I’m fascinated by the EMI Brasil studio he used. It was like Abbey Road in the jungle.

And finally, are you going to record a bluegrass album?
You know, I’ve long considered this. I’m from North Carolina originally, and my dad played bass in Bill Monroe’s band – I can play all that stuff in my sleep. I’d love to put together a kinda Newport-style festival of bluegrass music.
INTERVIEW: JOHN LEWIS