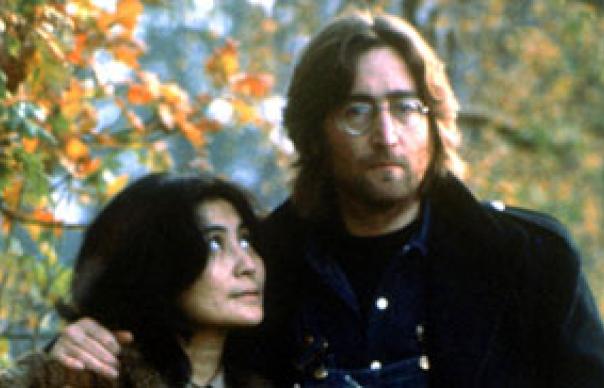 It’s entirely fitting that the best things about this extravagant set of reissues are the naked bits. Not that there’s a giant framed print of the Two Virgins cover or anything… some things are probably best left in the vaults. But among this utterly comprehensive 70th-birthday set of remastered LPs and new Best Ofs, it’s the moments where ear candy and vague sentiments are cast aside that do most to define the legacy of the most infamous singer-songwriter of the 20th century.

At the beginning and the end of his post-Beatles life, the troubled child, rock’n’roll rebel, spokesman of his generation, reckless peacenik and henpecked house-husband of popular legend seemed, briefly, to strip away his baggage and snap into focus. The keynote item in this reissue campaign, a new raw version of his last studio album, Double Fantasy: Stripped Down even suggests the possibility that, in 1980 at the age of 40, this could have gone on to be the permanent state of Lennon affairs. Of course, that possibility was snatched away – it’s hard to avoid getting maudlin about the waste of it all.

But before that, all this: the eight solo Lennon albums, digitally remastered again. The Gimme Some Truth boxset (3 stars), which seeks to give 72 Lennon songs the Johnny Cash treatment by sorting them into four themed CDs – ‘Woman’ (love), ‘Borrowed Time’ (life), ‘Working Class Hero’ (politics) and ‘Roots’ (erm… roots). Yet another Greatest Hits in Power To The People: The Hits (4 stars). And The John Lennon Signature Box (3 stars), which collects all the albums, an EP of singles, a Lennon art print, a book, poetry, a parchment of favourite Lennon toilet jokes, a jar of Yoko’s toenail clippings and, all right, I’m making them up now, but I think you take the point.

The tempter for the Signature Box is a disc of outtake and home recording rarities that highlight some of that great naked stuff, especially in lovely, ragged piano-only versions of “Isolation” and “Remember”. Alternate takes from the sessions that produced Plastic Ono Band (5 stars) dominate the disc, and reinforce the fact that Lennon’s first masterpiece remains the most profound and perfectly realised confessional album that rock’n’roll has produced.

In retrospect, one could conclude that the following five years were a classic case of self-sabotage. The Imagine (4 stars) album and domestic bliss in Ascot with Yoko suggested that Lennon had wiped the slate clean and earned the right to “just believe in me”, as Plastic Ono Band had pleaded so convincingly. Less productive was the departure to New York and a submerging of his complex and confused character within the jokers and tokers of America’s struggling radical fringe. Some Time In New York City (2 stars) remains a contender for the worst LP by a major musical figure, its list of ’70s left-wing clichés hamstrung by the utter absence of conviction within the melodies and lyrics. From there, you can almost taste the mixture of anxiety, exhaustion and hard liquor that lie behind Mind Games (3 stars), Walls And Bridges (2 stars) and Rock’N’Roll (2 stars) as Lennon fought almost as hard to screw up his marriage as he did to win his Green Card.

The wisdom of spending 1975 to 1980 hiding in a New York apartment and bringing up a child is given much force by the most notable release of the Gimme Some Truth bonanza. Double Fantasy: Stripped Down (4 stars) is the Double Fantasy comeback album shorn of big arrangement, backing vocals, sonic prettiness and everything designed to make the great man’s return FM-friendly. And the job that Yoko Ono and original co-producer Jack Douglas does here makes something raw, real and oddly jubilant out of a record that has always seemed little more than pleasant.

With extraneous instruments discarded, Ono and Douglas have done something simple but inspired. They’ve turned the vocals up. And the reverb and echo off. The result is that we can hear just how brilliantly and instinctively Lennon was singing in 1980, re-locating the relish and swagger of the Plastic Ono Band/Imagine period. “I’m Losing You” is now a bravura rock’n’roll performance, with Lennon’s grunts, howls and hiccups taking centre-stage over guitars that recall “Cold Turkey” at its most intense and filthy. “(Just Like) Starting Over” is a funny, affectionate tribute to his ’50s heroes. “Clean Up Time” is tough and bluesy and soaked in the Lennon confidence of old.

Yoko’s done herself a few favours, too. “Kiss Kiss Kiss” and “Give Me Something” now sound like classic New York post-punk, and Lennon’s potential gateway to a whole new way of making rock’n’roll. The posthumous Milk And Honey (2 stars) gave us few clues as to where Lennon might have headed had he lived. Double Fantasy: Stripped Down is revelatory because it presents an alternative universe where John and Yoko went on to become the cutting-edge art-pop duo they had failed to be in the early ’70s; a fascinating hybrid where Eddie Cochran and Bob Dylan meet The B-52’s and Tom Tom Club.

It’s a happy thought. But, back here in reality, Lennon’s on sale again. And whichever part of the ‘Gimme Some Truth’ campaign fits your level of obsession, you’d be well-served to follow the lead of Yoko Ono and Jack Douglas, wade through the detritus, and find the less-is-more Lennon within.
Garry Mulholland