More help from his friends, please! Respectful rise/fall/rise documentary of a lost superstar 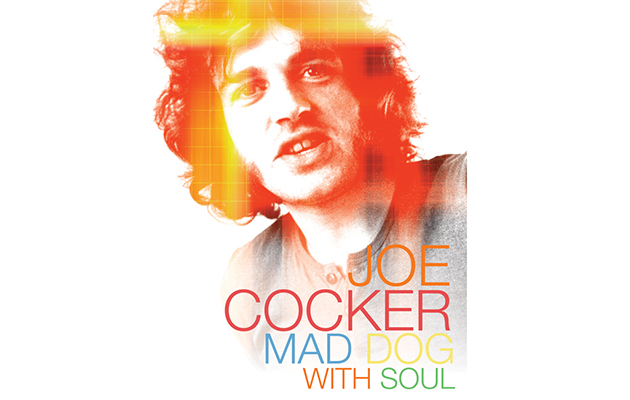 For about six months at the turn of 1970, Joe Cocker was the biggest male rock star on the planet. Buoyed by the global success of that song, the Beatles throwing material at him, and a performance of wild-eyed, tie-dyed intensity at Woodstock, the game was his to lose. That he did, and so spectacularly, is the subject of this fascinating new documentary, told chronologically and unshowily. The theme is hard to miss. The talent was there; the ability to control it categorically not.

On Cocker’s death in late 2014, Paul McCartney paid tribute to his “mind-blowing” version of “With A Little Help…” (“He totally turned the song into a soul anthem, and I was forever grateful”). The talking heads assembled here are testament to the reach and respect Cocker commands. Billy Joel, Randy Newman, Jimmy Webb, Glyn Johns, Rita Coolidge, Michael Lang and more offer differing perspectives on Cocker’s legacy, but all agree on one thing. That voice – a primal, gravelly, intense, unearthly thing – was one of rock’s greatest, most distinctive instruments. Long-standing Sheffield mucker Chris Stainton (who was there at the rise of the Grease Band, threw up from the chopper at Woodstock, and is the clearest-eyed chronicler on show) puts it more prosaically: “His was the voice most blokes would love to have after they’d drunk three pints.”

That tension between music and medicinals is at the heart of Cocker’s story, which begins – as most ’60s star stories  must – with a teenage love of American rock’n’roll, in a monochrome British city where opportunities are few. We get interviews with his brother and warming side notes from a fellow Sheffield newspaper boy, as the path is plotted from ungainly wannabe to breakthrough star. Contemporary archive interview footage of the man is relatively scarce and is supplemented by later radio interviews, stock footage, and even stills from Melody Maker. The message keeps coming: he was a lovely bloke, but he couldn’t say no. Over its 90-minute run time, you can play a pretty good game of rock-doc bingo here, as the clichés tick over: “People thought he was black”; “Groupies were throwing themselves at us”; “There were too many drugs… and that’s when it all went wrong.”

The catalyst for Cocker’s descent is clearly identified as the 1970 Mad Dogs & Englishmen tour. (“It started out as peace and love, and we ended it at each other’s throats!”) Marshalled by Mr Fixit/evil genius Leon Russell – not here, of course, to defend himself – this wilfully ambitious 52-date US charabanc was erratically brilliantly, and creatively chaotic, with upwards of 40 musicians onstage. It was a wretched, wild, money-burning circus, where no-one said no, to anything, ever. Judging by Rita Coolidge’s outspoken comments, it probably deserves a film in itself.

There are some genuinely pained insights, too, from Jerry Moss, co-founder of Cocker’s US label, A&M. Then an ambitious independent, A&M rolled out an aggressive marketing campaign for its most bankable star (“Cocker is coming!”). Moss’ reflections tell the Mad Dogs… story from the other side: they believed in him, sure, but they simply couldn’t offer the constant support he needed. Four years in the rings of hell followed, and the tale of his disastrous comeback gig in 1974 is heartbreaking. The buzz was brilliant, the support strong, but in front of an array of industry movers, Cocker tanked royally. Napoleon brandy in hand, stumbling over words, he just sat down on the stage, smiling vacantly. “At his best he was unbelievable. It was getting him up there,” laments Moss.

When A&M finally released him from his contract in the mid ’70s, it wrote off an $800,000 debt. That he came back and back again, in the ’80s and beyond, fills the last half-hour or so. “I called him Joe Cocker-roach – you can’t kill him!” says Billy Joel. Ill-judged, perhaps, in a posthumous retrospective, but the point is a good one. Still, you won’t need reminding that his greatest commercial successes (“Love Lift Us Up…” and the ensuing sports-jacket years), are critical low points.

How Mad Dog treats Cocker’s music is perhaps revealing. You get the same songs on repeat as background colour – and you know them too well (“…Friends”, “Delta Lady”, “You Are So Beautiful”, “Unchain My Heart”). Fine first single, “Marjorine”, aside, where are the forgotten gems, the ripe-for-rediscoveries? For as enjoyable and watchable as this film is, it doesn’t make the strongest case for the full riches of Cocker’s album catalogue, the true currency for any enduring star. Maybe the addictions aren’t solely to blame. Maybe the raw, rasping potency of that astonishing voice worked well over four minutes, but struggled over 40.

Extras: 6/10. More than half an hour of additional interviews, not included in the Sky Arts broadcast version.