JOAN AS POLICEWOMAN – THE DEEP FIELD 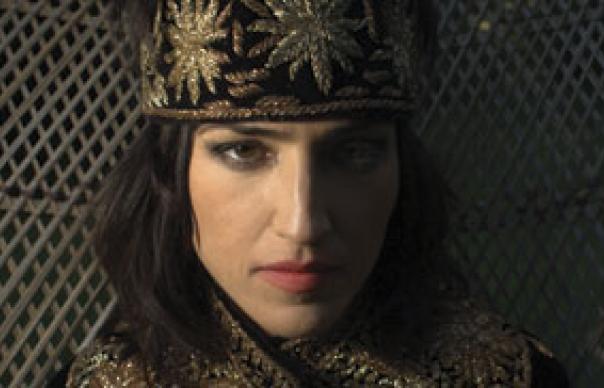 Beauty comes in many guises. On 2006’s Real Life, Joan Wasser’s first album as Joan As Police Woman, it arrived as a fractured, fragile thing, dispensed via pensive piano pieces and a voice that spoke of a life spent on the edge of some vertiginous emotional precipice. Already 36, Wasser was one of those intriguing NYC art-music propositions: classically trained, she was a protégée of Rufus Wainwright and Antony Hegarty who had collaborated with Lou Reed and had also been Jeff Buckley’s lover at the time of his death in 1997. Buckley wrote the slinky “Everybody Here Wants You” as a hymn to Wasser’s magnetism, and listening to Real Life it wasn’t hard to understand why.

The beauty in evidence on follow-up To Survive (2008) was sparkier, more diverse. While the emotional centre remained spectral torch songs like “To Be Lonely”, elsewhere Wasser edged towards a funkier, fuller sound. A further hint of changing priorities came last year with the limited-release stop-gap album Cover, where she tackled songs by everyone from Public Enemy to Adam Ant, suggesting she had outgrown her previous parameters.

The Deep Field turns that suggestion into fact. There is beauty aplenty in these 10 songs, but anyone yearning for the delicious ache of old will find it only fleetingly. It’s there on the sparse, almost tribal rhythms of “Flash”, which stretches out hypnotically over eight minutes, and most obviously on “Forever And A Year”, a beautiful ballad which Wasser sings like Eurydice at the gates of Hades. Though it’s where we find the album’s title phrase, referencing one of the universe’s furthest flung galaxies, “Forever And A Year”’s ravishing melancholy turns out to be anomalous. Instead, The Deep Field attempts to articulate the beauty of happiness, a trickier concept to convey than sorrow.

Wasser has always been in thrall to ’70s soul, but The Deep Field goes in with both feet. It’s a fully fledged attempt to capture the cosmic mixture of funky fun, lush production values and sonic adventurousness heard on Marvin Gaye’s What’s Going On, Sly Stone’s Fresh and Stevie Wonder’s Fulfillingness’ First Finale, with a touch of Funkadelic to taste. Odd, layered harmonies break into the mix and then swiftly depart; analog synths squelch; songs wander off into unexpected corners and then zip back to nail a killer chorus.

When it all clicks it’s deliriously good. “The Action Man” is rapturously melodic, climbing to a slow fade of warm brass, low strings and blended voices which suggest that all four Stylistics are hiding in the headphones. “Kiss The Specifics” must surely have fallen off the end of Al Green Is Love, while “Chemmie” is Wasser making like post-Supremes Diana Ross and letting biology do all the heavy lifting: “It’s elemental, a force of nature”.

This turns out to be a lyrical manifesto for the entire album – stop thinking, start feeling, trust your instincts and keep moving. On “The Magic”, Wasser is looking for “the right way out of my mind”, a question which might seem more profound if the song didn’t sound like Flight Of The Conchords’ “Mutha Uckas”.

Even when The Deep Field doesn’t quite work it remains compelling. “Nervous”, a proggy-soul broth with Moog synths and a bit of Bowie thrown into the pot, meanders around trying to work out exactly what it is before stumbling upon a gloriously uplifting chorus. “Human Condition” is strange soul muzak, on which regular vocal foil Joseph Arthur unveils his karaoke Barry White, Wasser comes on like late period Joni Mitchell, and cheesy bass honks over maddening chord changes.

It’s intriguing, but you might not want to live there. The Deep Field fearlessly maps out new territory for Wasser without ever quite allaying the suspicion that she’s playing against her more obvious strengths. But that’s the thing about taking a leap forward. It’s almost inevitable that something precious will get left behind.
Graham Thomson

Q+A Joan Wasser
How conscious was the decision to change tack with this album?
To Survive felt too heavy, I wasn’t liking some of the vibes, so I did the Cover record to get out of my own boring head. I felt that liking only half the songs on To Survive wasn’t a good enough percentage, so I changed things. I’m sure people do expect something from a new Joan As Police Woman record, but I hope I’ve written music broad enough in the past that there’s space for whatever this record is. It feels the most like me, because it is.

You sound much more upbeat. Why?
I’ve come out of a really difficult period and I feel a lot happier. I’m sorry if that upsets anyone! I refuse to be in this wonderful life and be miserable.

The soul influences have always been there but they’re much more overt this time.
I always return to soul music, I listen to it a lot. When I started writing music I felt I wasn’t really worthy or capable of writing the kind of music I really wanted to listen to, but I allowed myself to do that more this time. It’s my favourite stuff, the ’70s soul stuff. That music has carried me through a lot.
INTERVIEW: GRAEME THOMSON