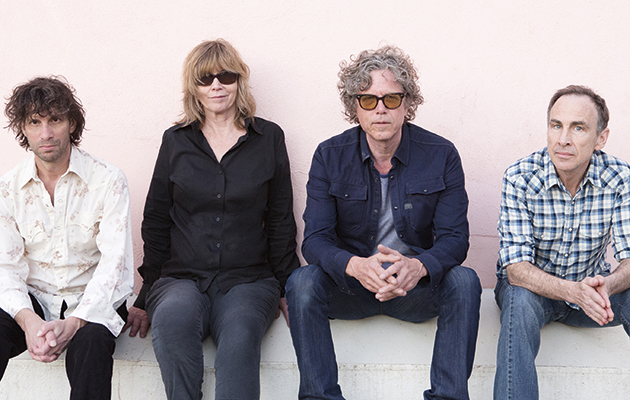 The Jayhawks’ comeback didn’t last long, at least in its intended state. Having reformed for 2011’s Mockingbird Time, the first album in 16 years to feature the core songwriting duo of Gary Louris and Mark Olson, things quickly became fractious. The upshot was that Olson quit after the ensuing tour, citing the difficulties of working with Louris and expressing his regret at taking part in the whole venture. Louris, meanwhile, carried on regardless, taking The Jayhawks out on more dates before finally returning to the studio.

If Olson’s departure has had any damaging effects on the band, then Paging Mr. Proust doesn’t show it. It’s a record that finds The Jayhawks in pristine fettle, its country-rock stylings evoking the blithe warmth of 1995’s Tomorrow The Green Grass while punching a little harder with age. Louris’ decision to bring in co-producers Peter Buck and Tucker Martine (the latter perhaps best known for his work with The Decemberists and My Morning Jacket) appears to have been a shrewd one. His guests play to The Jayhawks’ strengths, namely concise melodies and the ringing loveliness of their harmonies, while also nudging the band into slightly stranger territory. They’ve never sounded quite as funky, for example, as they do on “Ace”, a song with a loose groove edged by avant noise. “Lost The Summer”, too, is essentially classic pop with a disarmingly odd meter.

The quality control hardly dips throughout. “The Dust Of Long Dead Stars” plays fast and loose, the band channelling both the swampy R&B of CCR and, as a nod to Buck, vintage REM. Buck’s old cohort Mike Mills even fetches up on “Leaving The Monsters Behind”, whose smooth harmonies, led by Louris and keyboardist Karen Grotberg, recall Rumours-era Fleetwood Mac. And the lyrics of the gorgeous “Lies In Black And White” could well be a dig at a certain ex-bandmate, Louris getting highly personal: “I never felt at ease with you in the room…all you spew are lies.”

Whatever the back story, this is a very special record indeed.