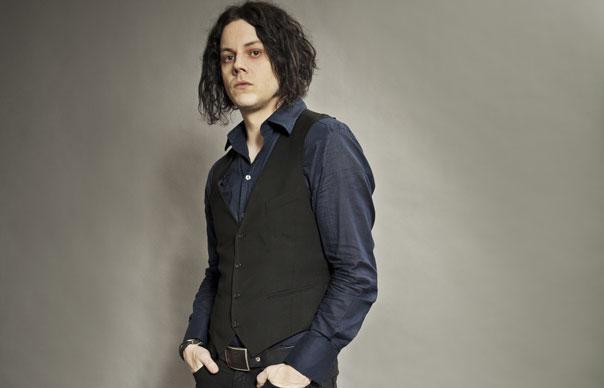 He may call himself White, but there’s always been a touch of noir about Jack. This is a man, let’s not forget, who owns guitars adorned with the visages of ’40s vamps like Rita Hayworth and Veronica Lake, and whose home base studio in Nashville is named after The Third Man.

So it’s perhaps not too surprising to find that on his first solo album, recorded in that very studio, Jack White has fallen amongst dangerous women and treacherous men – some of whom, song lyrics being such a tricky, amorphous matter of metaphor and maybe, may be Jack himself. Recorded by Vance Powell, a man splendidly blessed of both name and beard, with whom White has previously worked on Raconteurs recordings, it’s a surly, spiky piece of work, on which the few shafts of sweetness are soon soured with guilt, recrimination and reproach. Jack himself is clearly not precious about his own role, pragmatically switching between keyboards, guitars and bass according to each track’s needs, alongside a core crew that includes Carla Azar on drums, Bryn Davies on bass, Olivia Jean on guitar and Brooke Waggoner on keys, with occasional extra colour furnished by mandolin, fiddle, pedal steel and clarinet, and the welcome attentions of a trio of soulful backing vocalists whose number includes Jack’s ex-wife Karen Elson.

Confounding expectations as usual, the first sound heard on the album is not guitar but a lovely Fender Rhodes piano figure that leads into the rolling R&B groove of “Missing Pieces”. Sketched through briefly-glimpsed memories of a liaison, it carries a sharp moral about being careful how you deal with obsessional love. “Sixteen Saltines“, which follows, uses terse bursts of imagery – “Lipstick, eyelash, broke mirror, broken home” sums up one girl’s character with not a syllable too many – to depict how jealousy breeds paranoia, its edgy manner reflected in the brusque guitar riff and splashy cymbals.

Love, clearly, is the brooding heart of the matter here, with protagonists trapped in a co-dependency of dark desire. “Freedom At 21” and “Love Interruption” present this as a sado-masochistic dichotomy, the girl in the former using her new-found freedom to trample ruthlessly over his affections with “no responsibility, no guilt or morals”, while the latter, more warmly acoustic piece finds the victim prostrate before such pain: “I want love to roll me over slowly,” claims the narrator, “stick a knife inside me and twist it all around”. It couldn’t be more perfectly film noir if James M. Cain had scripted this relationship, our hero exulting in the sweet pain of some spider-woman’s stilettos piercing his spirit.

From there, the album slips into a more general survey of lax morals and scummy behaviour. “Hypocritical Kiss” and “Trash Tongue Talker” – on which Jack essays some stylish, Nicky Hopkins-esque piano – both launch heat-seeking missiles aimed at the shame of treacherous betrayers; while “Weep Themselves To Sleep” employs two simultaneous itchy, edgy guitar breaks to animate another undercurrent of paranoid speculation, with noble “men who fight the world” battling against the “rules that try to bind them”, their struggle etched in vicious, bloody imagery. It’s a blend of romance, neurosis and violence akin to a James Crumley novel, and when it’s done you’re more than ready for the relief of “I’m Shakin'”, a cover of the Little Willie John R&B hit on which, save for pronouncing nervous “noyvus”, White sounds uncannily like Robert Plant in full Zep splendour, over a great swingy blues groove.

As the album approaches its final reels, though, one starts to suspect, in best psychological-thriller manner, that the real, underlying subject of Jack’s attacks is, yes, himself. “It turns me on when the song takes over me,” he admits in “Hip (Eponymous) Poor Boy”, another ostensible putdown, this time with multi-tracked piano parts riding a New Orleans second-line shuffle; before nervously admitting in “Take Me With You When You Go” that when left to pursue his desires unrestrained, he risks unconsciously harming others. It leaves hanging the question of whether, if and when he gets to go, he’ll ever be able to successfully escape his own self. Which is, of course, the fate of every man who ever walked alone down those mean streets.
Andy Gill