Fleet Fox excels, moodily, away from the pack 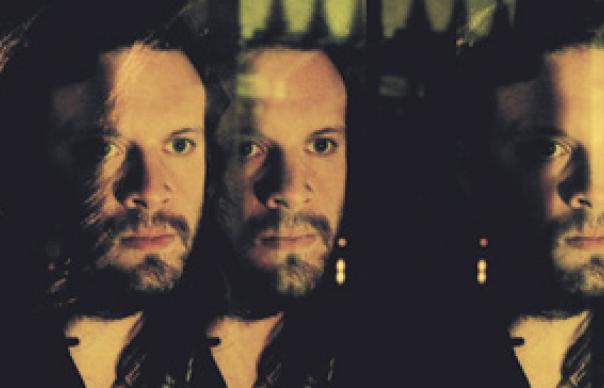 Some might be surprised to learn that Tillman—who joined Seattle sensations Fleet Foxes as drummer last spring, along the way enhancing the group’s spine-tingling harmonies—is now five albums into a solo career stretching back to 2004.

In a strange inversion of pop’s customary bent for instantly generated mass culture, Tillman’s output has, for the most part, inhabited a secret universe. Pressed on tiny labels in minuscule numbers—100 here, 150 there—and passed around like the holy grail among the knowing few, those discs nonetheless form a body of work heralding the arrival of a major songwriter.

On Vacilando (so named from the Spanish term, indicating a wanderer for whom the experience of travel is more important than the reaching of a destination), though, he strips away his tendency for over-production, resulting in a more focused, refined approach. Tillman’s cavernous vocal range, all texture and nuance, is front and center; meanwhile, a wise-beyond-his-years lyrical depth that, one fathoms, springs from (or, more accurately, is a reaction to) his restrictive religious upbringing, results in pithy imagery, i.e., “Suffering doesn’t know God’s name (from “New Imperial Grand Blues”) or, from the album’s opening salvo, “All that you see, you have dominion/All you don’t know, you are forbidden.”

An existentialist’s song cycle, Vacilando’s grim, lonely songs reinforce each other with an impeccable internal logic, fashioning its own little world-weary universe, wherein less is more, simple guitar strums signal seismic shifts in mood, shadows bump into one another. Like Neil Young’s On the Beach or Jason Molina’s Songs:Ohia incarnation, it’s best heard late at night, alone, lights down low, one last bottle of wine in the wings.

From its atmospheric, old-world opening, “All You See,” chorale vocals over a barely audible guitar, the album initiates a haunting sweep. The baseline is austere: minimalist arrangements hinging on acoustic guitar, occasional keyboard flourishes, Tillman’s sad, aching voice, the occasional wordless vocal passage. Elaboration is present when needed, like the forlorn banjo on “Barter Blues” or rolling drums on “Laborless Land,” which has the timeless feel of an American Civil War ballad. It’s the new High Lonesome.
Tillman cradles the hushed aphorisms of “Firstborn” like a week-old baby. “Vessels,” built around a deceptive guitar riff, features Tillman’s most tender vocal turn, even as the apocalypse looms; brittle piano fills lend a slightly sardonic touch to the pitying “James Blues” a pre-WW2-style parlor blues. Penultimate track “Above All Men” represents an apotheosis of sorts, putting aside personal turmoil long enough to recognize simple blessings.

The record’s insistently bleak tone threatens to tilt into claustrophobia at times, but Tillman winningly subverts expectations. The striking full-band cut, “Steel on Steel,” with delicious French horn/pedal steel interplay and Fleet Fox Casey Wescott on keyboards, melds agonizing romantic heartbreak to an epiphany on life’s ephemeral nature. It’s a leftfield instant pop classic, Tillman winding his silkiest vocal around the song’s glistening melody. “New Imperial Grand Blues,” in contrast, is a pulsating rocker, a jarring peek into the Crazy Horse side of Tillman’s brain.
It’s a bone-rattling blues called “Master’s House”, however, that best embodies Tillman’s talent: “How easily the heart of man is tamed” he surmises, over the music, his quivering, floating tenor gaining a steady, stoic determination. It’s an explosive assessment, with implications reverberating into personal, spiritual, even geopolitical realms. Tillman’s own spirit, meanwhile, you suspect will be tough to quell.

Uncut: What’s the key to getting such a rich, intimate, late-night sound in the studio?

Josh Tillman: Providing obstructions is important. Parameters are more and more counterintuitive in the studio, but they’re key as far as making something that sounds like a person in a room making music. Recording late at night helps, too.

Uncut: “Steel on Steel” is just gorgeous, but a little atypical for you.

JT: I started VTB being pretty drastically indifferent to the idea of it needing to sound like anything in particular. I hadn’t ever recorded a song with other people that had been deliberately arranged and rehearsed outside the recording environment. I wanted some songs with a band that sounded like music instead of [just] tracks.

Uncut: What are a couple of your favorite late-night, lights-down-low records?