Moody return of the Sonny & Cher of Grunge 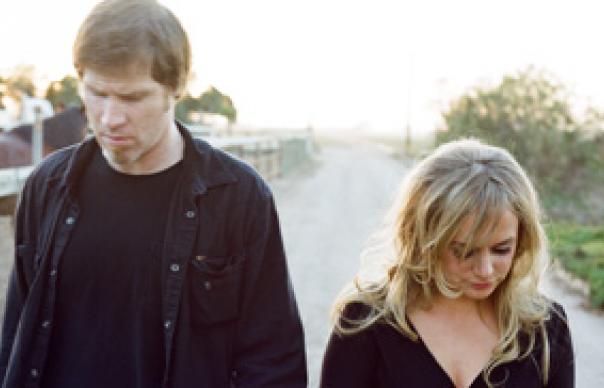 Gainsbourg and Birkin, Hazlewood and (Nancy) Sinatra, Shari Lewis and Lamb Chop: say it how you will, but there was something a little too calculating about Campbell & Lanegan’s first collaboration, Ballad of the Broken Seas. It had its moments, but the songs relied too heavily on the contrast between the roughness of Lanegan and the sweetness of Campbell to be truly convincing.

Sunday At Devil Dirt inhabits the same scorched earth, but is a more confident record. Ironically, this confidence manifests itself in an understated vocal performance from Campbell, leaving the spotlight on Lanegan’s dusty baritone. He still sounds at times like a man who is lower than the heel of Lee Marvin’s left boot, but there’s a lovely tenderness to his singing, and he’s never sounded sweeter than he does on the brooding Trouble. (It’s traditional to compare Lanegan to Johnny Cash, but in this world-weary mode he’s closer to Kris Kristofferson, inhaling the fresh air on Sunday Morning Coming Down.)

If Lanegan dominates vocally, the bouquets should go to Campbell. She wrote the songs (with the exception of Jim McCulloch’s Salvation), and produced the record, and must take the credit for the album’s mood, which mixes the mystical eroticism of The Raven with the Dr John-inflected rhythms of Back Burner; a sultry tune which – in ways that would take years of therapy to explain – made me think of a dancing Elvis Presley.
On some level, this is pastiche. The songs sound as if they come from an older, wearier America, but there’s a playfulness about Campbell’s writing – a lullaby here, a lament there – that excuses the contrived chemistry.

There’s a whistling solo, and car horns, and bells. And on Shotgun Blues, there’s Campbell, her little girl voice wrapped in a barbed wire blues, singing a song about an itch that needs scratching. It’s innocent and filthy. But mostly filthy.

Were you trying to keep the songs simple?
There’s power in simplicity. There’s nothing finer than an elegant human voice. Especially a fine male baritone. Mark says it’s like he’s buck naked when he’s doing my stuff, cos he can’t hide behind anything.

Do you enjoy writing songs to be sung by a man?
It amuses me that I can write things that only seem acceptable coming out of a man’s mouth. They’re really coming out of my head, but I’ve got this big six foot four guy to say them for me.

Do you worry that your collaborations will overwhelm your solo career?
No. My songs are my children, so I’d just be like a proud mum. In the future I just want to be the puppet-master. I don’t want to be the marionette. But I’ve been saying that for years and no fucker ever asks me to write any songs for them!