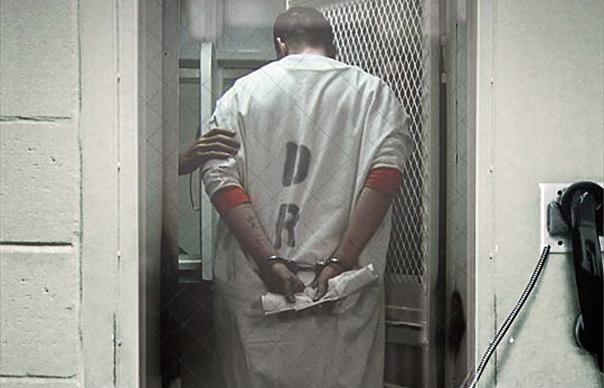 In 2001, Michael Perry and Jason Burkett committed triple homicide in Conroe, Texas, over a red Camero. When we meet them in Werner Herzog’s latest documentary, Into The Abyss, it’s the summer of 2010. Perry is on Death Row, eight days away from execution by lethal injection, while Burkett in serving life imprisonment. With grim testimonies from the victims’ families, the sheriff’s deputy, bystanders and a former captain of the Death House itself, you could easily accuse Herzog of lapsing into self-parody here: the misery is unrelenting. There is one amusing anecdote about squirrels, but other than that, this is bleak stuff. I’m reminded of Herzog’s quote from the 1982 documentary Burden Of Dreams: “The trees here are in misery, and the birds are in misery.”

Superficially, Into The Abyss resembles one of those schlocky real-life crime shows you see on TV, with to-camera testimonies and contemporaneous footage (in this case, Herzog has access to the police’s crime scene videos). Indeed, there is a spin-off mini series called On Death Row. But, predictably, this is a more valid, forensic exercise. Herzog is less interested in the crime itself – a stupid, pointless thing – or what led Perry and Burkett to commit it (drugs, alcohol, poverty). “I’ve seen so many horrible things, I can’t deal with them,” says a bartender from a nearby town called, almost impossibly, Cut And Shoot, Texas.

As you’d expect from the director of Fitzcarraldo, Aguirre: The Wrath Of God and Grizzly Man, Herzog is intent on highlighting the extremities of human behaviour. Interviewing Delbert Burkett, Jason’s father, himself serving several lengthy sentences, we are offered a clear-eyed reflection on wasted life. “Describe the feeling to me when you were handcuffed together with your own son,” Herzog, off camera, asks Burkett Snr. “I can’t,” he replies. “It don’t get much lower than that.”
Michael Bonner