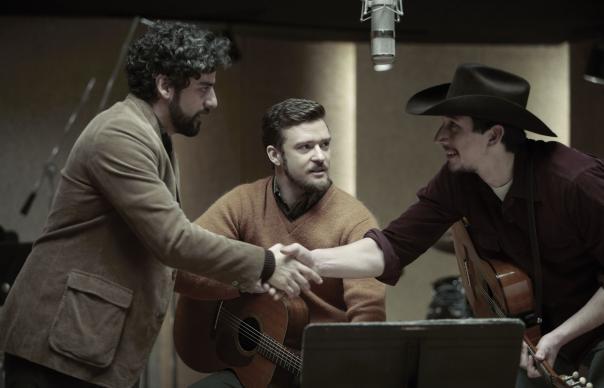 As it is possible to deduce from the films in their canon, the Coen brothers are fond of shaggy dog stories. For Inside Llewyn Davis, however, they give a starring role to a marmalade cat called Ulysses who leads our hero, Llewyn, on a merry dance through the wintry streets of Greenwich Village, 1961. Llewyn is a folk singer struggling to balance his desire for success with his fear of being perceived as a sell-out – a familiar struggle for many musicians, you might think.

As a musician, Llewyn is good – but he’s not great. “I don’t see a lot of money here,” observes Bud Grossman, proprietor of the Gate of Horn folk club, when Llewyn auditions for him. Llewyn is an ungrateful soul, moody and self-destructive, who spends his days asking friends for a loan and a place to crash; he evens sleep with the wife of one of his best friends. The film’s elegantly elliptical structure suggests Llewyn is prone to repeat his past mistakes; you might pause to wonder whether he is trapped in some kind of purgatory. Indeed, an ominously-charged road trip to Chicago – in the company of John Goodman’s corrosive jazz musician – feels very much like a descent into hell: the road viewed at night through the windscreen, the rear lights of the car in front turning the falling snow blood red.

Certainly, while the Coens have made a film that is often funny, it is also incredibly bleak – even by their standards. It’s possible to enjoy the use of contemporaneous songs – performed here in full under the off-camera tutelage of T Bone Burnett – and the Coens’ richly detailed recreation of New York in the early Sixties. There’s some terrifically funny sequences, too – chief among them, the sessions for a novelty song about the space programme, “Please, Mr Kennedy! (Don’t Send Me Into Outer Space)”, with Justin Timberlake’s super serious lead balanced by loopy bass vocals from Adam Driver. But these moments aside, not much light gets in here. I’m reminded a little of A Serious Man, which also gave us a leading character on whose shoulders the troubles of the world descended.

The cast is uniformally good – props go to Oscar Isaac as the complex and contradictory Llewyn, but also Justin Timberlake and Cary Mulligan as the folk duo Jim and Jean. John Goodman, meanwhile, have might walked away with the movie were it not for F Murray Abraham’s five minutes as Bud Grossman. As viewers of Homeland will attest, Abraham is on a roll right now, and his inscrutable impresario has the truth of it. “You’re no front man,” he tells Llewyn impassively. Llewyn’s tragedy is the Coens’ stroke of genius.