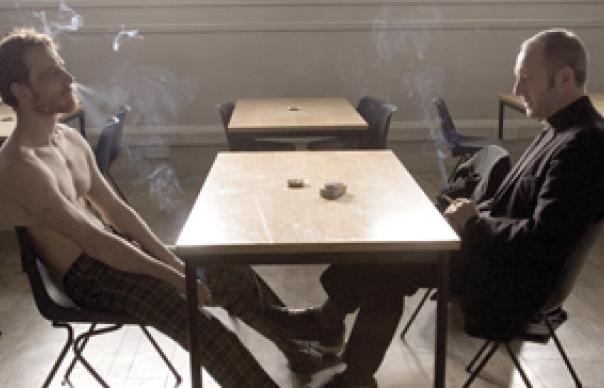 In his first cinema feature, Turner Prize winning artist Steve McQueen adapts to the big screen with a steely grace and toughness. Hunger is about IRA hunger striker Bobby Sands and his sufferings in the Maze prison in the early Eighties.

McQueen takes a distinctively nonconformist tack, introducing us to Sands himself only after we’ve seen the daily routines of a jailer, and the living conditions of other prisoners. It’s a powerfully imagistic film: shots of rivers of piss in a prison corridor, and of Sands’ own oddly painterly cell-wall ‘dirty protests’, are among the most troubling visions of the year.

McQueen shows a detached, uncompromising command as a director: as witness the film’s extended centrepiece, a long conversation between Sands and a priest, shot in unflinchingly long takes. Michael Fassbender gives a painfully physical performance as Sands, especially in the final sequences in which his near-skeletal body is filmed as if in a Francis Bacon canvas. Whatever your political views on Sands as a martyr figure, Hunger is a hugely powerful film.