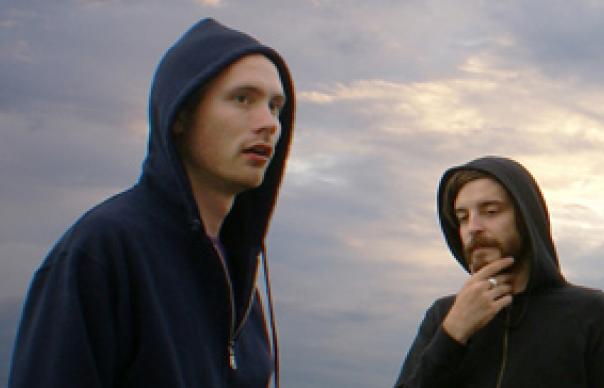 Nothing like a good swear in your name to drag your otherwise unremarkable alternative rock band from the bin of eternal obscurity (see also: The Fucking Champs, Fuck Off Machete, and perhaps mostmemorably, Fuck). Refreshingly, this isn’t the limit of Holy Fuck’sideas.

One of a particularly fertile new crop of Canadian outfits – the likesof MSTRKRFT, Metric, and Dragonette – seeking to blur the lines between rock’s visceral, air-drumming thrill and the syntheticpossibilities of electronica, Toronto’s Holy Fuck dealprimarily inmonstrous, all-conquering grooves built from a wiry web of synths and home-built instruments (plus live drums and bass) that for all their clear technical prowess, know to never be anything less than hard-hitting, immediate, and funky as hell.

It’s a cocky sort of band that opens an album with a live track,confident in their strengths away from the safety of ProTools. Be impressed, then, by “Super Inuit”, which lurches out the traps andsettles into a fast-lane motorik whoosh reminiscent of ‘Neu75’, with vocalist Brian Borcherdt loosing whoops and yelps that are all but lost in the maelstrom.This complete, however, ‘LP’ zips through a variety of sounds and styles with an ear for a good concept: “Milkshake” builds crystalline keyboard chimes and live snare salutes atop an Afrika Bambaataa-style electro break, while on “Lovely Allen”, the band display an suddenlightness of touch.

If there’s a weak link to Holy Fuck, it’s Borcherdt’s vocals, amuddy,echo-soaked bellow indebted to Suicide‘s Alan Vega, yet lacking Vega’s command and firecracker spontaneity. Little worry, though: like 2007’sother experimental rock touchstone, Battles‘ ‘Mirrored’,LP is very much an ensemble piece, the sound of a whole band working intight, neatly-calibrated synthesis. And, for that matter, one thatboasts bright ideas beyond its bad language.