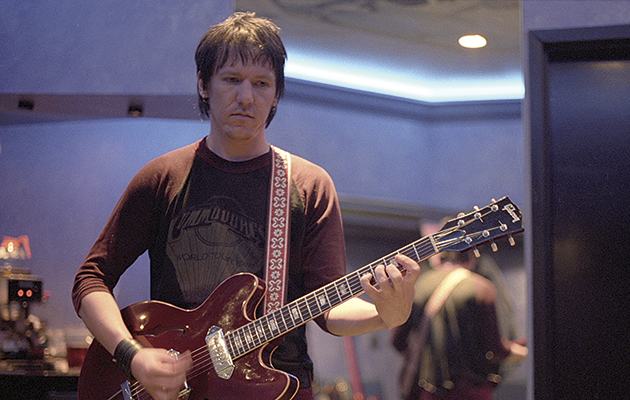 There is an instructive anecdote that video director Ross Harris tells in Heaven Adores You about the first time he worked with Elliott Smith. In 1995, Harris was commissioned by Smith’s manager to film a video for “Coming Up Roses”. After explaining that he didn’t want to make an “LA video”, Smith instead, he stayed with Harris and his family in the country north of Los Angeles for almost a fortnight. “We just shot a little bit every day,” explains Harris. “Certain days, we’d wake up and he’d be like, ‘I don’t really want to film today.’ And we’d just hang out.” The image of an artist who is creative on his own terms, supported by likeminded and sympathetic collaborators, is very much on-message with the rest of Nickolas Dylan Rossi’s strong if admittedly faintly precious documentary.

Rossi follows Smith from a suburban childhood in Texas, then on to the insular music scene in Portland, Oregon, his gradual success, move to New York and California and, finally, his death in October 2003 aged 34. Rossi makes strong use of the wealth of archival material he is granted access to: cassettes, photographs, handwritten lyrics, radio interviews, live recordings. He also has a cast list of Smith’s friends, collaborators and peers, including Smith’s sister Ashley Welch and former girlfriend Joanna Bolme. Admittedly, it’s a good haul. Although with no objective, critical voice it’s hard to see beyond the overriding view reinforced here of Smith as a troubled, saintly genius.

There is, though, one revelation that suggests another side to Smith, as his friend and Jackpot! studio owner Larry Crane explains. “One day he [Smith] snuck Gus [Van Sant] in when I wasn’t there and played it [‘Miss Misery’] for him. Then they pretended he wrote it for the movie so it could get nominated.” It seems uncharacteristic behavior for a man who admits in one archive interview “I’m the wrong kind of person to be really big and famous.” But there are other disparities between what Smith says and does. When things get too hot in Portland, he moves to New York, apparently in pursuit of greater anonymity. Such behaviour seems at odds with his appearance at the Oscars, in front of a domestic audience of 57 million viewers, or on a high profile TV chat show like The Late Night With Conan O’Brien. We know the music is good. But essentially, this film could do with a little more rigorous investigation about who Smith was and what drove him.