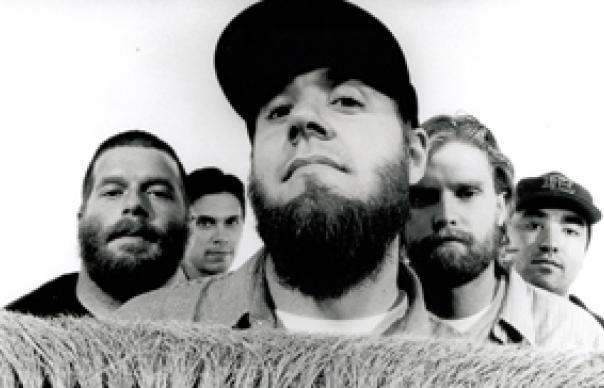 The idea of the year 2000 engendering a computer-generated societal meltdown seems rather quaint nowadays, but the countdown to the year 2000 didn’t just play on the minds of panicky PC programmers; it was catnip to a whole host of musicians. While we might have expected established existentialists like Bowie and Radiohead to engage with the zeitgeist, it’s fair to say that nobody was backing Grandaddy to take the temperature of a jittery new age.

Formed in Modesto, CA by ex-pro-skate-boarder Jason Lytle, prior to the release of their second album Grandaddy’s ambitions appeared to stretch no further than channelling Weezer and Pavement. On The Sophtware Slump, however, released in May 2000, they twisted the times into something substantive. Kid A with tunes and a sense of humour, sung by an angsty Yank rather than a whiney Limey, The Sophtware Slump threw science against nature and pitted progress against the erosion of personal identity. Lytle found himself living out his themes while recording the LP. He pieced it together alone in a rented farm-house in rural California, where songs that were ostensibly about mankind’s collective sense of alienation became conduits for very personal intimations of loneliness, emotional dysfunction and hard drinking.

The duality of the album’s themes resonate throughout. A heady mix of lo-fi studio wizardry and epic songwriting, The Sophtware Slump alternates between piano-based mini-symphonies like “Underneath The Weeping Willow”, where the twinkling high notes sound like distant satellites, and more robust, upbeat fare. “Chartsengrafs” indulges a Pixies fixation, but “Hewlett’s Daughter” and “The Crystal Lake” still thrill, owing as much to the powerpop of The Cars as to Grandaddy’s fellow exponents of hazy atmospheric rock, Sparklehorse, Flaming Lips or Mercury Rev. The nine-minute opener “He’s Simple, He’s Dumb, He’s The Pilot”, meanwhile, is Grandaddy’s “Paranoid Android”. Unfolding in three parts (originally four: the discarded intro is included on the second disc) it delivers the LP’s key line: “Drift again, 2000 man/You’ve lost the maps, you’ve lost the plans”. More of a note to self than a public address, it hangs upon Lytle’s plaintive voice, an instrument with melancholy seemingly hardwired in.

Eleven years after the album’s release, and five since Grandaddy split, it’s the sense of oddly euphoric sadness that lingers most powerfully. Bowie-esque closer “So You’ll Aim Towards The Sky” is one delicious heartbreak, while the sighing melody on “Mixer At The Dial-A-View” embraces profound loneliness: like the super sad “Jed The Humanoid”, an elegy for a robot who drinks himself to death, it calls to mind The Man Who Fell To Earth.

The extra disc to this deluxe reissue mops up non-album 45s, b-sides, all of 2001’s “Through A Frosty Glass” EP, manic instrumentals, songs about passing crushes, plane crashes and nasal spray. Welcome as these additions are, their hit-and-miss quality belongs to a different world to the wonderfully cohesive original, which if anything has improved with age. The Sophtware Slump may have its roots in Y2K, but it stretches into forever.
Graeme Thomson