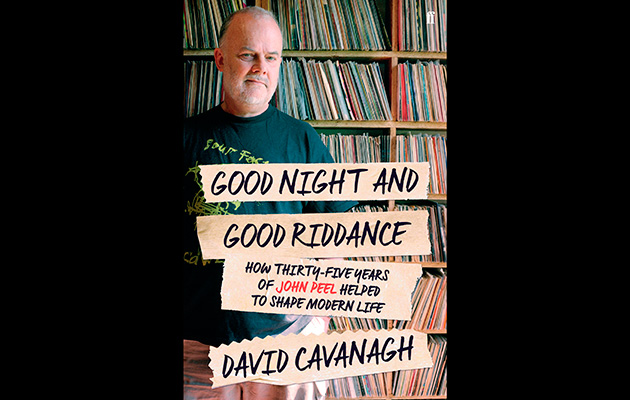 “In case you’re thinking to yourselves, ‘Who is that twerp?’ I’m the bloke who comes on your radio late at night and plays you records by lots of sulky Belgians.” This was John Peel, introducing Top Of The Pops in 1982, wryly acknowledging the image people had of him even then as a curator of the obscure, champion of the unlistenable, the more unpopular the better.

It was an opinion of Peel shared by successive Radio One controllers, who often shunted him around the schedules like they were looking for somewhere to hide him.

Peel may have taken occasional refuge in the recondite and frankly baffling, but as David Cavanagh reminds us time and again in Good Night And Good Riddance, the charts across the four decades of his broadcasting career would have been very different without his crucial early support of, randomly, Marc Bolan, David Bowie, Rod Stewart, Bob Marley, The Ramones, The Sex Pistols, The Jam, Joy Division, The Fall, The Jesus And Mary Chain, Frankie Goes To Hollywood, The Smiths, Happy Mondays, Nirvana, Pulp, PJ Harvey, Underworld, The Orb, The White Stripes.

It wasn’t all Ivor Cutler and Scraping Foetus Off The Wheel.

Whatever life he had outside the radio studio is barely mentioned. This is a biography of Peel as broadcaster. It’s told via a chronological history of 265 of the shows he presented between 1967 and 2003 and could have been bitty, a story told piecemeal, in stuttering sequence.

It works brilliantly though, each entry allowing Cavanagh to chart Peel’s mutating enthusiasms, prejudices, blow-ups and face-offs with his own listeners (the divisive Punk Specials of December 1976 and August 1977, for instance). Cavanagh is also marvellously alert to Peel’s itinerant moods and hardening attitudes, from the whimsical presenter of The Perfumed Garden and Night Ride to the old grump in a baggy jumper presenting the BBC’s Glastonbury coverage.

His influence was huge, irrefutably so, and Good Night And Good Riddance is a brilliant tribute to someone you probably owe at least half your record collection to.

You can order Good Night and Good Riddance: How Thirty-Five Years of John Peel Helped to Shape Modern Life from Amazon.co.uk by clicking here.