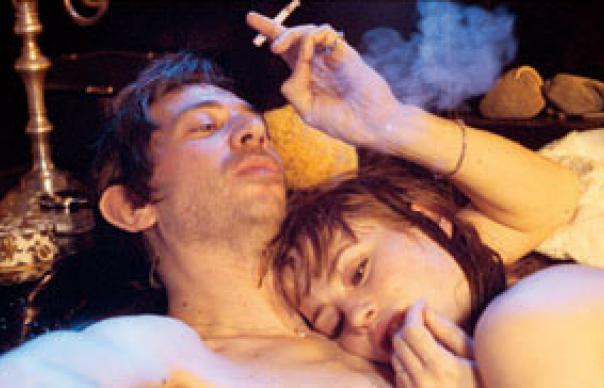 In a nutshell: ugly French bloke, fired by self-belief and talent, manages to pull a string of implausibly beautiful women before drinking himself to death.

Joann Sfar manages to tell the story in two hours, cramming in around two-dozen of Serge’s compositions to boot.

The USP of comic-book artist Sfar is to use magical realism. The film starts in Occupied Paris, where a young Gainsbourg (wearing a yellow Star of David) sees an anti-semitic Nazi propaganda poster. The Jewish caricature on the poster morphs into a jug-eared, hook-nosed caricature of Gainsbourg himself.

This golem-like alter-ego haunts him throughout, taunting him to drink, smoke, ditch jazz and painting, and sell out.

Sfar is a little too in love with his subject, so it’s just as well that Eric Elmosnino excels in the lead role. Not only does he look like Serge, but he carries himself with the impassive majesty of a silent movie star, compensating for any of the film’s failings.
John Lewis