The Truckers’ ninth provides a country-soul twist in the tale... 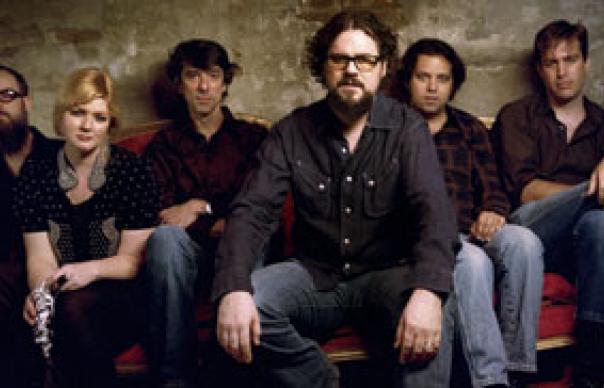 As this most powerful and prolific of bands prepares for a new tour of three-hour shows, no wonder frontman Patterson Hood says they are thinking about taking some time off.

Go-Go Boots comes out just 11 months after previous album The Big To-Do: the two were written at the same time, but whereas the first was a bubbling Technicolor brew of big-boned rock’n’roll, Go-Go Boots is a more restrained affair, a country-soul stew populated by brooding ex-cops, frustrated movie stars, wife-murdering preachers and sweet old ladies. It’s a rich, invigorating and mischievous affair and, for older fans, possibly their best since 2004’s The Dirty South.

Even if the band have recently decided to suspend their investigations of “the Southern thing” (that formed the backbone of their Southern Rock Opera, Decoration Day and The Dirty South albums), the policy has widened their scope and enhanced their popularity. The fruit of that can be heard on Go-Go Boots, which sees the band exploring old territory but with renewed wit and vigour, a more adventurous musical palate and an outstanding sense of drama. The Springsteen and Rolling Stones influences haven’t gone anywhere, but there’s more country thanks to the Bakersfield twang of Johnny Neff’s pedal steel and, for the first time, some genuine country soul, inspired by bassist Shonna Tucker.

Songwriting is split between Hood, Tucker and Mike Cooley, which helps explain the band’s relentless productivity (this is their 11th album in 12 years). Hood writes the title track here, a gothic tale of a philandering preacher, which is later retold from a different perspective in the evocative “The Fireplace Poker”. This is what DBT have always done so well: writing absorbing tales of smalltown characters and setting them to raucous, life-affirming music. Hood has described Go-Go Boots as an “album of R’n’B murder ballads” and he also contributes the vivid “Ray’s Automatic Weapon” and spooky “Used To Be A Cop”. Both seethe with suppressed violence and masculine frustration. So, in its way, does his music industry blast, “Assholes”.

Cooley is the Carl Perkins of the outfit, writing deceptively slight country songs to counterpoint Hood’s all-consuming intensity. The pick here is the sublime, subtle anti-Hollywood twang of “Pulaski”, although the banjo-led “Cartoon Gold” is another cracker. But Tucker’s contribution is in some ways the most vital. Ever since 2008’s Brighter Than Creation’s Dark, her role has been to offer a different vocal range and songs written from the women’s perspective – that are arguably more emotionally complex. Given that Drive-By Truckers albums habitually clock in at over an hour – this one is no exception – a little difference can go a long way.

Tucker is even more influential on this album, evidently encouraging Hood to give the album a gentle country-soul skew. Her slow and stately “Dancin’ Ricky” comes early on, and she also takes vocal duties for “Where’s Eddie”, one of two Eddie Hinton covers originally released as a tribute single. Their inclusion should come as no surprise – the band referenced their fondness for the Muscle Shoals soul of Hinton, Tony Joe White and Dan Penn as far back as their 1998 debut, Gangstabilly.

As well as the Hinton covers, Hood debuts a couple of soul-searching songs himself. “I Do Believe” is a sweet tribute to his grandmother, Sissy, while the bombastic finale, “Mercy Buckets”, is an old song he’s finally managed to find a home for. It caps the sound of a confident band cruising toward their peak – and perhaps even a hard-earned break.
PETER WATTS

Q+A PATTERSON HOOD
Were you striving for a certain sound on this album?
We had a clear idea of what the record was, early on. We had a bunch of songs that we knew belonged together and then honed in on certain sounds we thought were missing. There are aspects of the record we’ve all wanted to do, but maybe Shonna most of all. We’re all soul fanatics, but Shonna takes that to the next level, it’s all she listens to. We did the two Eddie Hinton songs and that was like a light going on. It affected the songs that came after.

There’s a lot of murder on the album.
Yeah, there’s a little bit of killing. If it was a film it would be The Night Of The Hunter, Southern noir. There are two songs about a murder in my home town that’s always fascinated me – I’ve an unfinished book and screenplay about it.

What next?
This is the first time I’ve put out a record with no clear idea of what comes after. The plan might be to take a break. This band will be working together for a long time and sometimes that means you have to know when to set it down. I think this is a good one to leave out there for
a while.
INTERVIEW: PETER WATTS