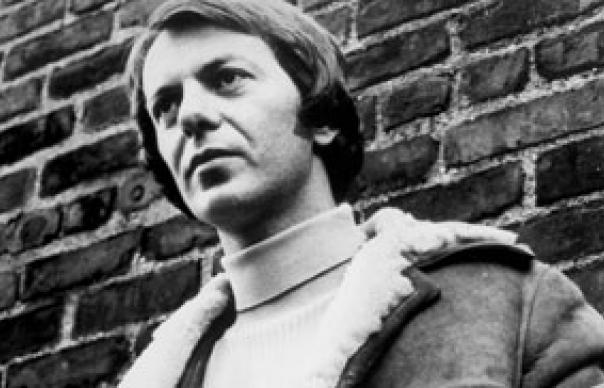 Much as it did for Keith Richards, when Dion DiMucci heard Robert Johnson’s King Of The Delta Blues Singers, it blew the singer’s head off. Handed the record by John Hammond – a Bob Dylan patron and a guiding light at Columbia Records – it radically altered the onetime doo-wop singer’s perspective. Soon enough, lightweight vanities like “Flim Flam” and “Donna The Prima Donna” were out, and Dion was raiding the songbooks of Willie Dixon, Sleepy John Estes, and Sonny Boy Williamson.

It wasn’t a popular move. Columbia, unsure of the emerging pop market, were loath to discard Dion’s trademark sound: doo-wop, harmony pop, and street-corner R’n’B, that had created smashes like “Runaround Sue” and “The Wanderer”– and that had made Dion a star. Commercially unsound or not, with his dark, rangy tenor and visceral delivery, Dion made for a shockingly good blues singer, and a slinky, sexy cover of “Don’t You Start Me Talkin’” recorded in early ’64 signalled the change taking place in his music. It was a clarion call for the coming blues/rock explosion – even if hardly anyone heard it.

Wonder Where I’m Bound – selected only three issues back as one of Uncut’s Great Lost Albums, and available now for the first time on CD – is a collection of material centred on that Damascene conversion. All round, it’s a big 1960s what-if. Columbia recorded dozens of blues and folk/rock Dion cuts circa 1964-66, (some with hotshot Dylan producer Tom Wilson), but, save for a few flop singles, the company mothballed the results for years. Wonder Where I’m Bound, which Columbia did issue in 1969, was pure cash-in, an attempt to piggyback Dion’s return to the charts with “Abraham, Martin & John”.

Inadvertently, however, it may be the great lost ’60s album. But it’s such a hodge-podge, it’s difficult to tell for sure. Acoustic recordings, orchestral folk-rock, hard electric blues – it’s a mash up. This edition picks up never-before-released tracks, but remains a replication of that cash-in – short playing-time and all – to the extent of including one throwback croon, “A Sunday Kind Of Love” that sticks out like a sore thumb. A thorough accounting of all Dion’s 1964-66 material remains imperative.

Yet as convincing as these performances are, it’s the experimental, finger-on-the-pulse-of-1965 folk/rock material that’s most fascinating. “It’s All Over Now, Baby Blue”, taking a page from The Byrds’ “Feel A Whole Lot Better” is – improbably – a candidate for definitive version of this great song. Dion pours it all out here, with an impassioned, beautifully melodic vocal, infusing the lyric with an eloquent, measured desperation Amazingly, Columbia weren’t completely enthused, but heard enough promise to match the singer up with Wilson, fresh off groundbreaking Dylan sessions and on his way to a Velvet Underground rendezvous.

Wilson, along with keyboardist Al Kooper, renewed and refracted their innovative Highway 61 sound – chiming guitars, crashing drums, ghostly organ, world-weary harmonies, the singer leaning hard into the lyric. DiMucci, for his part, responded by forming a tough new band – The Wanderers – and writing impeccable, introspective new material that, with benefit of hindsight, provides a link from Dylan to Greenwich Village brethren like Fred Neil, Tim Buckley, and Tim Hardin.

The key artefact is a slice of transcendent folk/rock glory: “Now”. Riding a gentle, carnival melody and existential lyric (which subtly answers “Like A Rolling Stone” in its dramatic chorus: “No-one knows better than I how you feel”), “Now” is a live-for-the-moment tour de force, a masterpiece of tone, verve, sustain-and-release, and breathless pop immediacy.

“Wake Up Baby” and “Knowing I Won’t Go Back There” two further Dion originals, nearly scale the heights, while an obscure Dylan composition, “Farewell”, receives a gorgeous reading. The title track, meanwhile, is a fitting metaphor for the whole album: an expansive cover of Tom Paxton’s ode to an uncertain future, Dion’s soaring vocal is tucked into a cascade of strings, keyboards, and those melancholy harmonies. Whatever the uncertain circumstances of its conception, it’s nothing short of immaculate.
Luke Torn