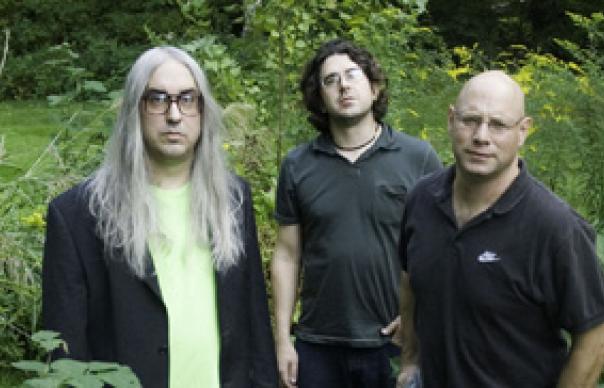 It’s been 20 years since Dinosaur Jr proved it was possible to reconcile punk’s embrace of noise with the grandeur and sweep of stadium rock – and in the process laid the foundations for the Pixies and Nirvana. But just as those bands were using the formula to accelerate toward superstardom, Dinosaur Jr. collapsed due to internecine squabbling.
So “Beyond” is the first album by the original line-up of Dinosaur Jr (singer/guitarist J Mascis, bassist and Sebadoh/Folk Implosion man Lou Barlow, and drummer Murph) since 1988’s “Bug”. And while it’s not as epochal as that, or 1987’s “You’re Living All Over Me”, it is more solid, consistent and, well, competent.

This may sound like the tepid praise routinely and reflexively heaped on mid-career genre exercises by rock survivors, but it’s meant with the greatest sincerity. Nor is this to suggest that Dinosaur Jr. have “matured”. Rather that in the current climate, what were once Dinosaur Jr.’s biggest weaknesses – Mascis’ too-stoned-to-get-out-of-bed whine, the emotionally stunted narrators, the Crazy Horse retreads – now seem like the group’s greatest strengths. Compared to the overly declamatory sniveling and baroque Jim Steinmanisms so prevalent these days, Mascis’ bongwater drawl has grit and something approaching, dare I say it, soul.
Any suggestions of pomp and circumstance are properly confined to the rousing guitar riffs and solos. The Neil Young infatuation is still front and centre (see “Pick Me Up”), but in an age of hyper-stylized “post-punk” bands and computer-generated perfection the unwashed-flannel sloppiness sounds pretty damn good.

Like all Dinosaur Jr records, “Beyond” begins with a bang (the positively anthemic “Almost Ready”). But unlike all other Dinosaur Jr records, it doesn’t let up. “Beyond” doesn’t break any new ground, but as the sound of a group of guys enjoying playing together again after two decades of enmity, and as a testament to the power of good old fashioned rock ’n’ roll, it’s as refreshing as anything you’re likely to hear all year.