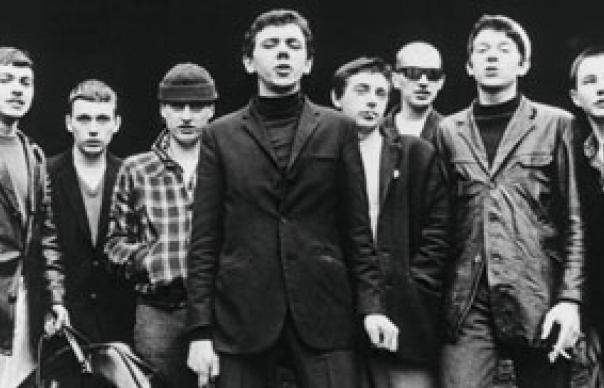 Time – and its faithful attendant, nostalgia – tends to work on music the way a pumice stone works on rough skin, eventually smoothing all that once seemed compellingly odd and idiosyncratic into something softer and more approachable.

Few records retain the ability to be truly confrontational a full 30 years after first release, but Dexys Midnight Runners’ debut, which hit shops in July 1980, still bristles with an awkward and inimitable intensity. From the moment the opening blare of “Burn It Down” emerges from a jumble of radio static, the impact of this record remains remarkably undimmed by age.

It’s easy to forget how incongruous it was in the post-Pistols musical landscape for a band to immerse themselves so utterly in ’60s soul. Dexys’ refusal to be second-rate punks, instead acting like a law unto themselves, was emblematic of their entire ethos. A 10-deep firm of misfits formed in Birmingham in the image of their gang leader, Kevin Rowland, they seethed with outsider energy and a deep hostility, making the lyric to “I’m Just Looking”, one of the highlights, sound like a manifesto: “Don’t come any closer”.

Rowland’s lyrics on Searching For The Young Soul Rebels are a mixture of punchy bravado, deep disgust and a rather heroic flaunting of his insecurities, sobbed rather than sung. The music – played by a sprawling revue centred around guitarist Kevin Archer, trombonist ‘Big’ Jim Paterson, keyboardist Mick Talbot and bassist Pete Williams – locates a whole other vibe: buzzing on the energy and intensity of Motown and Stax, though picking up precious little of the sex. It’s occasionally a little stiff, but it’s always rousing.

Partly it’s this tension between the soulful uplift of the music and Rowland’s naked striving that keeps the album sounding so alive. “Thankfully Not Living In Yorkshire It Doesn’t Apply” at first seems a light hearted romp – Rowland’s quick-fire falsetto, the comical stabs of organ – until you tune into the sentiment being expressed. Likewise, “Tell Me When My Light Turns Green”, with its talk of being “manic depressive” and “spat on and shat on”, is raw discontent set to bottled exhilaration, with Rowland straining away like a greyhound in the traps. And the irresistibly speedy cover of Chuck Wood’s “Seven Days Too Long”, a doffed cap to their Northern Soul influences, twists heartache into a sweet thrill.

But it’s not all about attitude, posture and passion. These are truly great songs. “Geno” may now be woven into the musical fabric of Britain, but its message about outpunching your youthful heroes still resonates quite powerfully . The two ballads – “I Couldn’t Help It If I Tried” (where Rowland channels Van Morrison’s babbling, inarticulate speech of the heart) and “I’m Just Looking” – form not only the emotional spine of the record, but also an umbilical link to “Until I Believe To My Soul” and “Liars A To E”, the centrepieces on 1982’s Too-Rye-Ay. “Keep It” and the closing “There There, My Dear”, meanwhile, are fiery and oddly euphoric. Only “Love Part One” hasn’t worn well, with Rowland, like a Brummie Ginsberg, intoning over free-form saxophone. He would only master the spoken word form – and reveal his sense of humour – on Dexys’ brilliant and fatally ambitious 1985 swan song, Don’t Stand Me Down.

This new edition of Searching For The Young Soul Rebels comes with a second disc which features 21 additional tracks: a- and b-sides, BBC sessions with John Peel and ‘Kid’ Jensen, and previously unreleased demos from EMI’s Manchester Square studio, including a tilt at Sam and Dave’s “Hold On I’m Comin’”. Much of it has been aired before, and inevitably there is repetition, but it contains some terrific performances from a band firing at full power, however briefly.

This blazing incarnation of Dexys barely survived the album’s release before fracturing under the eccentricities of their leader, who subsequently assembled new gangs for the following Too-Rye-Ay and Don’t Stand Me Down before the whole thing fell apart. But ultimately, the myth-making around Kevin Rowland tends to obscure the fact that he’s been responsible for some truly soul-scorching music, much of it featuring on this record. At 30 years of age, Searching For The Young Soul Rebels continues to burn.
Graeme Thomson