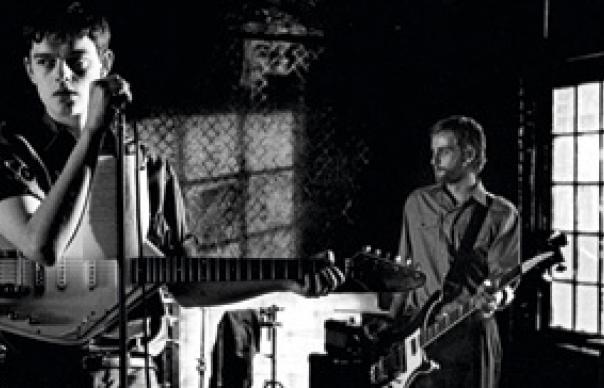 Anton Corbijn’s Control is not, strictly speaking, a rock biopic. Nor is it anything like the history of Joy Division as it appeared in Michael Winterbottom’s 2002 film, 24 Hour Party People, with its knockabout comic-strip history of Factory Records. Rather, this is an intimate portrait of the band’s singer Ian Curtis, who hanged himself on May 18, 1980, aged 23. Beyond that, Control is a sober contemplation of the dreams and fantasies that come as part of the package with a rock career, often wrecking the people that cherish them most.

Based on Touching From A Distance, the memoir by the singer’s widow Deborah Curtis – played here by Samantha Morton – Corbijn’s film traces how a sensitive young man with poetic dreams got trapped in the divide between the person he wanted to be and the realities of a humdrum existence of work and marriage. In this story, singing in a band – even one as exalted and innovative as Joy Division – isn’t a glorified fantasy, but an altogether mundane occupation that brings its own pressures. Yet at the same time, Control magnificently evokes the intensity of Joy Division on stage and on record, and reminds you that Curtis was one of the most mesmerising performers that the British music scene ever produced.

It’s an unusually realistic-feeling film, too, and not just in the way that the four young actors cast as Joy Division, and playing their own instruments, catch the band’s sound and stance. Sam Riley is a dead ringer for Curtis, down to the stare and the windmilling elbows on stage. Most importantly, his performance doesn’t play into the myth of the rock star as an otherworldly figure, too big or too intensely alive for the world. Curtis comes across as an intelligent but vulnerable and somewhat gauche young man, totally out of his depth when faced with adulthood.

The film opens in Macclesfield in 1973, with pale teenage dreamer Curtis in love with glam rock, striking Iggy poses in his bedroom mirror. He has a distinct literary bent, too: his bedroom is stacked with Burroughs and Ballard paperbacks and files for his poetry, songs and planned novels. He’s a lover rather than a geeky loner: meeting his mate’s girlfriend Deborah, he quotes Wordsworth at her, and she’s hooked. They marry, but before long, his literary and musical dreams are brought down to earth by the day job at the Employment Exchange, and eventually the pram in the hall.

When punk happens, Curtis and his friends form Warsaw, then Joy Division. They meet manager Rob Gretton (a scene-stealingly abrasive Toby Kebbell), sign to the new label set up by local TV presenter Tony Wilson (Craig Parkinson, less clownish than Steve Coogan in the Winterbottom film), and record the Unknown Pleasures album. But while Joy Division is going places, Curtis’ own life falls apart. He’s diagnosed with epilepsy and prescribed a punishing regime of medication. He becomes increasingly estranged from Deborah and starts an affair with Annik Honoré (Alexandra Maria Lara), a Belgian fanzine writer who represents all the exotic European ‘otherness’ that he yearns for.

Corbijn was one of the leading NME photographers in the late-’70s, who made a major contribution to the look and image of Joy Division. He’s recaptured some of that feel in this black-and-white film – beautifully shot by Martin Ruhe – but he’s also captured an era of British life that now looks oddly distant. There’s neither glamour in the film, nor fake grim-up-North dourness, but a profound sense of the everyday that the inexperienced Curtis couldn’t quite handle. Control is a trenchant, intelligent exercise in stripping away the many myths surrounding both Curtis and the music world generally.

But it’s also a film that Joy Division and New Order fans will relish, even though some of the characterisations aren’t all that flattering: James Anthony Pearson, as Bernard Sumner, comes across as a callow geek, and Joe Anderson’s Hooky is a study in terse belligerence. There’s also a terrific cameo by John Cooper Clarke, barking out his “Evidently Chicken Town” with the same wiry urgency as ever.

Whether or not this film is strictly accurate about Curtis’ life and death, it certainly has the ring of intimacy. It also gives a sensitive account of what it’s like to be the woman left out of the picture when the boys go pursuing dreams. Though hers is essentially a supporting role, Samantha Morton is extremely affecting as Deborah. With the recent death of Tony Wilson making it even more poignant, Control is one of the best films about music made in a long time.