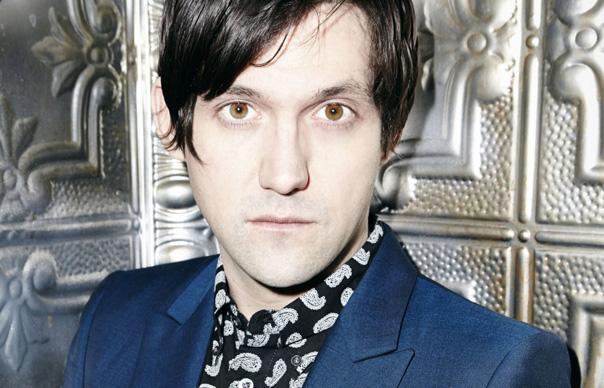 A decade and a half has passed since Connor Oberst popped into view as an 18-year-old lo-fi Heartland prodigy with a barely contained torrent of words pouring out of him, and it’s tempting to look at the 11 proper albums he’s made with his ever-changing band Bright Eyes and under his own name as an extended coming-of-age narrative. Along the way, he’s survived being classified as “emo’s Bob Dylan”, embraced as an indie heartthrob and vilified as an insufferable, navel-gazing narcissist, before attaining a reasonable degree of cred as a thoughtful, prolific and fearless artist endlessly eager to throw himself into challenging circumstances.

In 2005, he simultaneously released a pair of Bright Eyes albums, the folky I’m Wide Awake, It’s Morning and, in a total departure from his previous records, the synth-driven Digital Ash In A Digital Urn. After Bright Eyes’ relatively straightforward (apart from the Easter eggs hidden in the artwork) Cassadega (2007), he traveled to Mexico with a bunch of musician friends to cut 2008’s Conor Oberst, then took them on an extended tour, at the end of which he initiated an experiment in democracy, calling on his bandmates to write songs and take lead vocals.

The resulting LP, Outer South (2009) released under the nameplate Conor Oberst And The Mystic Valley Band, was a ramshackle mess and apparently got that notion out of his head. On Oberst’s next endeavour, 2011’s The People’s Key, made with his longtime collaborators Mike Mogis and Nate Walcott as Bright Eyes, he pushed himself to the opposite extreme, going for a modern-pop/arena-rock record that Mogis described at the time as “Police meets Cars” and Oberst compared (in theory) to the Killers. And while the Cars’ influence is detectable in the taut grooves, the record’s overall weirdness rendered it far from radio-ready.

Now a 33-year-old married man with a career spanning nearly half his lifetime, Oberst appears to have gained a degree of perspective on his work and his place in the musical universe. His boyish earnestness, the frayed, adenoidal quaver he claims to despise and his obsessive love of language are unchanged, seemingly as permanent as birthmarks, and are now the self-acknowledged tools of his trade. But, as he’s shown so often during the last nine years, the context is everything for this artist. On this go-round, Oberst turned to Jonathan Wilson, the North Carolina native turned LA musical preservationist who’s making a name for himself as a producer (Dawes, Father John Misty, Roy Harper) and solo artist.

Oberst knew what he was getting – a virtuosic instrumentalist and hands-on studio pro who values authenticity and overtly venerates the golden age of SoCal folk rock in his work, different values than Oberst had attempted to cohere with on his previous records. Given the stylistic thrust and a batch of Oberst songs that are somewhat more accessible and less verbose than anything he’s penned before, Swedish sister duo First Aid Kit were a natural fit, and on the six tracks on which they appear, their harmonized voices caress Oberst’s wobbly bray like liquid gold, filling in the crags. They bring an organic richness to the aural backdrops meticulously constructed by Wilson, who further burnishes the arrangements with brass, reeds, vibraphone, glockenspiel, pedal steel and keyboards. The producer’s neoclassic aesthetic brings colour, scale and retro richness – but also much-needed structure – to signature Oberst opuses like “Time Forgot”, “Kick” and “Governor’s Ball”, so much so that less ornamented tracks like the solo acoustic “You Are Your Mother’s Son” and the closing “Common Knowledge” seem threadbare by comparison. But the album’s deepest, most beguiling song, “Artifact #1”, features only young LA standout Blake Mills, whose guitars, keys and percussion render the performance luminous, and whose name I strongly suspect you’ll be seeing in these pages with some frequency in the future.

Upside Down Mountain makes a persuasive case for itself as the Conor Oberst album for people who don’t particularly like Conor Oberst, but more meaningfully, it’s a record this restless artist can settle into and build on as he continues to mature, because it solves his chronic problems while presenting him with a newfound sweet spot.
Bud Scoppa

Q&A
Conor Oberst
Several of these songs strike me as hallucinatory or dreamlike.
All my songs are daydreams – no joke. These were written over a three-year period, so in that sense it seems less conceptual than other records I’ve made, where the songs were written closer together. But I suppose there are some through-lines, thematically speaking. I guess the idea that we’re all alone on our own little mountaintops, that life is a struggle for connection, to feel less alone. We do the best with the tools we’re afforded, but we all die alone. Solitude should not be the enemy. It is our most natural state.

We’ve watched you grow up in public. How do you view your journey as an artist and a human being, and how does this album reflect that journey?
There’s no dramatic arc to my narrative. If I ever self-mythologize, it’s usually for comic effect. A common critique of my music has always been that I’m very self-absorbed and narcissistic, which it probably is, but it’s interesting to note now with social media and Instagram and Facebook how disgustingly self-absorbed most everybody is. I don’t feel bad about mine in the least. I’ve turned my self-absorption into rock’n’roll records for the last 20 years. Not everyone deserves a platform. You should have to earn it by contributing something of value. Being famous for being famous is just straight-up sad. And funny.
INTERVIEW: BUD SCOPPA