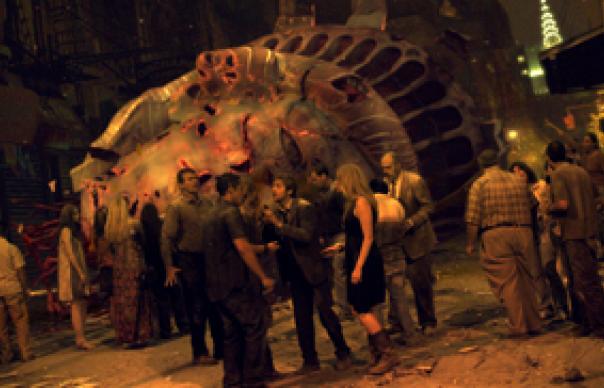 Welcome to Cloverfield, the first blockbuster of 2008, and one of the most anticipated movies of recent years.

As with The Blair Witch Project and Snakes On A Plane, the film makers have deployed all manner of viral marketing campaigns to whip fanboys into a froth, launching dummy websites, MySpace profiles, teaser trailers and, most recently, they’ve put on the web five minutes of footage from the film. Chat rooms and magazines (both online and of the dead tree variety) have feverishly attempted to decipher clues about the film: is it a remake of South Korean film The Host or an adaptation of an HP Lovecraft story, even a spin-off from Lost? Or is it, um, just a teens-in-peril monster movie with a gimmicky marketing strategy?

The film opens today… Come back and tell what you think of it.


UNCUT recommends the following new films, click on the titles for our reviews:

There Will Be Blood – Daniel Day-Lewis stars in a monumental work of American gothic about greed, oil and murder.

Plus! There are over 1500 archived film reviews in the UNCUT.CO.UK film section! click here for uncut.co.uk/film/reviews