Big Star’s other auteur finally gets his close-up, four decades after his death 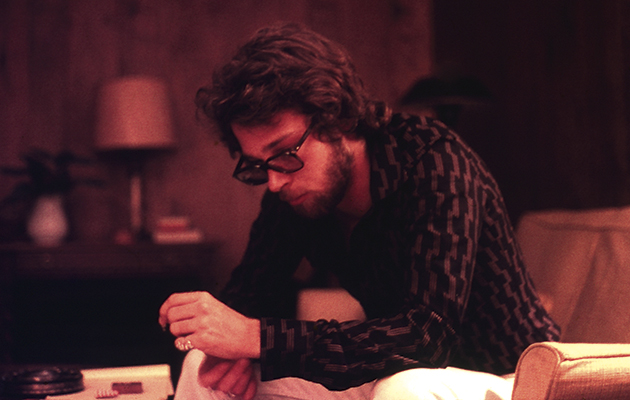 Chris Bell is the rock’n’roll equivalent of a posthumously exalted painter who failed to sell any canvases during his lifetime. Making matters worse, Bell’s considerable contributions to Big Star’s landmark debut album, 1972’s #1 Record, have long been overshadowed by those of Alex Chilton, who joined Big Star months after Bell founded the band and went on to make two more revered Big Star albums following Bell’s departure. Thus, it’s been left to dedicated archivists to unearth and piece together the music Bell put on tape before and after his time with Big Star into a coherent narrative. The initial breakthrough was Rykodisc’s I Am The Cosmos, a compilation of Bell’s post-Big Star work that surrounded the majestic title song and the poignant “You And Your Sister” with 13 tracks cut during the same period.

The story became more detailed in 2009 with the expanded Rhino reissue of Cosmos, following a thorough scouring of the Ardent Records archives and tapes in the possession of Bell’s older brother David for the label’s four-CD Big Star anthology, Keep Your Eye On The Sky. That archeological dig also yielded a number of recordings cut between 1969 and ’71 by Big Star forerunners Icewater and Rock City, whose moveable lineups of young, British rock-obsessed Memphis musicians included Bell as guitarist, backing vocalist and emerging songwriter/lead singer. These recordings, which include early versions of #1 Record’s “My Life Is Right” and “Try Again” by Rock City, as well as Icewater’s Badfinger-like Bell co-write “All I See Is You”, were recorded primarily at Ardent, which was becoming ground zero for local talent.

Rhino’s Cheryl Pawelski, Ardent’s Adam Hill and archivist Alec Paleo, who co-produced these archival projects, ramped up their joint labor of love after Pawelski co-founded Omnivore Records, which has become the de facto home of all things Big Star-related. In recent months, Omnivore has released Big Star’s four-disc Complete Third, a further beefed-up Cosmos and the Bell-focused Looking Forward: The Roots Of Big Star. Pawelski’s motives in putting out these sets was twofold – the previous iterations were on the verge of going out of print, and she wanted to continue “refreshing” the Big Star family’s body of work.

The Complete Chris Bell serves as the apotheosis of these efforts. The six-vinyl-LP limited-edition set reshuffles the two recent Bell compilations, devoting the first disc to Icewater, the second to Rock City and the third to the 12-song “official” Cosmos, with two discs of post-Big Star bonus tracks and a sixth devoted primarily to the only previously unreleased material, a 40-minute 1975 interview (though the latter seems like a waste of good vinyl). With the Ardent and Bell archives exhausted, barring the unlikely unearthing of more undiscovered material, one wonders what Omnivore will do for an encore.