Chimes Of Freedom – The Songs Of Bob Dylan

Collection of covers of Bob songs; some good, some not so good. 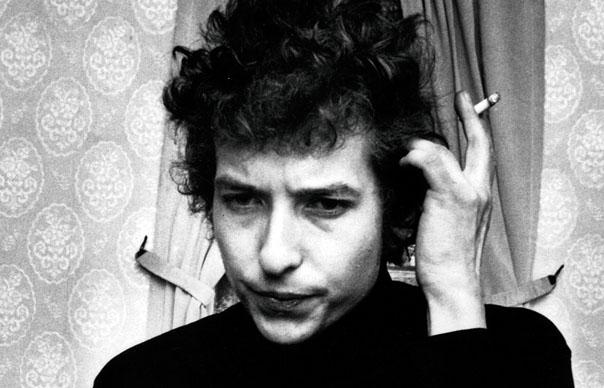 Collection of covers of Bob songs; some good, some not so good.

In May 1961, an English lawyer named Peter Benenson wrote a newspaper article highlighting a worldwide blight of people imprisoned ­ and worse ­ for no greater crime than expressing an opinion. Later that year, an American A&R executive called John Hammond signed a twenty-year-old folksinger to Columbia records. A tick over half a century later, the leviathans turned loose by this pair ­ respectively, Amnesty International and Bob Dylan are a congruent pairing. Both are widely regarded, especially among actual and spiritual children of the 1960s, as irreproachable touchstones of all that is admirable. Both are occasionally given to vexing those who nurture an idealised vision of them. Both certainly stand, one by charter and one by example, for individual liberty.

Only one ­ Amnesty ­ has a Nobel Prize, but Dylan was the subject of speculation vis-a-vis the Literature gong as recently as last October, and an eventual award would not be unseemly. The sheer heft of the inevitably titled Chimes Of Freedom reflects a belief that both golden jubilees are noteworthy: four discs, 75 tracks, more than 80 artists (none of whom are profiting from the exercise). It’s a lot to take in ­ indeed, in a few cases, specifically Miley Cyrus’s risibly miscast “Lonesome When You Go”, Daniel Bedingfield’s belief-beggaring Nine Inch Nails impression on “Long Black Coat”, and Sting’s prissy whine of “Girl From The North Country”, it’s rather too much to take in. But at worst, best and all points between, Chimes Of Freedom is a monumental demonstration of the extent to which Dylan ­ however much he has bristled at his works being characterised as such ­ has cornered the protest song market. Fifty years since he first whined “Song To Woody” into a microphone at the Columbia Recording Studio in New York, Dylan has become to any politically engaged musician what Shakespeare is to actors: something you feel you have to step up to at some point.

In the case of both bards, the greatest rewards are frequently reaped by those who can summon the nerve to take liberties. There are some perfectly decent, faithful readings on Chimes Of Freedom: Kris Kristofferson’s “Mighty Quinn”, Steve Earle’s “One More Cup Of Coffee”, Maroon 5’s “I Shall Be Released”. These suffer, however, not from a lack of inherent quality but from the fact that you’ve already heard any number of perfectly decent, faithful readings of them. The cuts which stand out ­ and which you can just about imagined tickling Dylan’s own presumably, by now, leatherlike palate ­ are the ones unafraid of what they’re dealing with. Former Rage Against The Machine guitarist Tom Morello turns “Blind Willie McTell” into a electrified trip-hop nightmare, The Gaslight Anthem bounce “Changing Of The Guards” off the garage walls with abandon, and Queens Of The Stone Age simply swagger through “Outlaw Blues” as if it had always been a Queens Of The Stone Age tune. It’s not an exact science, of course. Some straightforward takes are lovely ­ Mark Knopfler’s “Restless Farewell”, Thea Gilmore’s “I’ll Remember You”. And not all efforts at stamping one’s own brand find their mark.

Whether or not it was ever Dylan’s intention, it has now been the case for half a century that any songwriter who lifts a pen in any cause knows that there’s already a Dylan song which will do at least as well, and probably better. Dorian Lynskey, in the epilogue of 33 Revolutions Per Minute, his superb 2011 history of the protest song, effectively wonders if the artists on Chimes Of Freedom are urging along a mount going nowhere but the glue factory: “For a songwriter coming of age now, the idea that music can, and should, engage with politics seems increasingly distant. This is entangled with a broader loss of faith in ideology and a fading belief in what we might call heroes: inspirational individuals with the power to move mountains.”

Chimes Of Freedom makes the case, if inadvertently, that the ebbing of the protest song might also be due to the form’s domination by one writer, whose overwhelming prodigiousness has cowed all potential peers and successors beyond the point at which they feel able to say here is your throat back, thanks for the loan.
Andrew Mueller