High-school comedy, not as funny as the film it apes, stars Robert Downey Jr 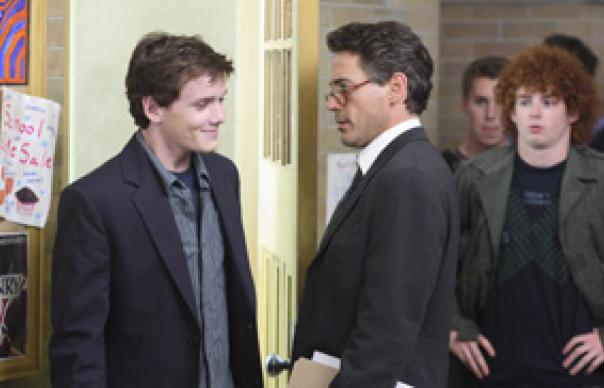 
The problem, perhaps, with making high school comedies is that the good ones – Ferris Bueller’s Day Off, Heathers, Clueless, Election, Rushmore – are very, very good indeed. Charlie Bartlett conspicuously aspires to that pantheon – it might even be that director Poll and his screenwriter Gustin Nash pitched this as an “indie Ferris Bueller”. In fact, apart from a typically redoubtable performance from Downey Jnr, as the alcoholic, gun-toting school principal who locks horns with Yelchin’s titular pupil, this feels more John Hughes’ lite than anything.

Charlie Bartlett is a rich kid who’s been expelled from a series of private schools and ends up in the more feral world of public education. In a bid to buy his popularity, he sets up as the school councellor, dispensing wisdom and – more importantly – happy pills he’s obtained under false pretences from a series of psychiatrists he’s registered with. There are, you might suppose, some pithy observations to make here about teenage medication, but despite plenty of raucous energy, the screenplay lacks bite. And, even in these cynical times, it’s hard to care especially about a central character who’s basically a drug-dealing sociopath in a tie and blazer combo.