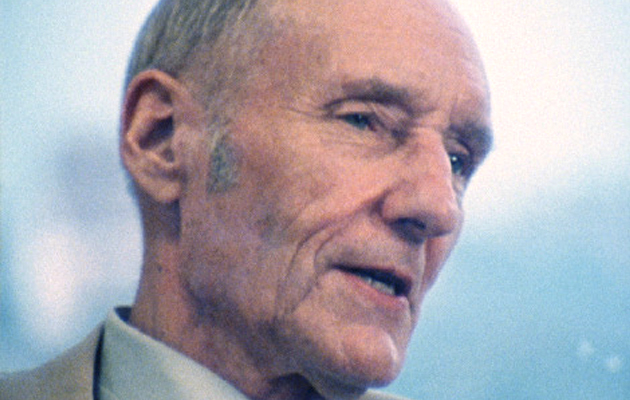 By the mid-1990s, it was no longer unusual to see William S Burroughs infecting the screen in some shape or form. Following the author’s cameo in Drugstore Cowboy (1989), David Cronenberg’s 1991 adaptation of The Naked Lunch kicked open the gate. The interview-profile Commissioner Of Sewers followed and before long he was turning up to lend alt.cool kudos to Nike ads on TV.

Since his death in 1997, Burroughs has continued to serve as a source of fascination in both dramas (2000’s Beat, with Kiefer Sutherland and Courtney Love; 2012’s bust On The Road; 2013’s Kill Your Darlings) and documentaries (1999’s The Source; 2010’s William S Burroughs: A Man Within).

Still, the finest screen portrait – the most intimate, the strangest and funniest – remains the first, filmed when his legend remained largely underground, and Burroughs, then in his mid-60s, was supporting himself through readings at clubs on the world’s burgeoning punk scene. Burroughs: The Movie began in 1978 as a project by 24-year-old New York University film student Howard Brookner. (A course mate named Jim Jarmusch helped, handling sound). Initially, Brookner planned a 20-minute short, filmed at that year’s Nova Convention, a three-day happening organised in New York by friends and fans to celebrate Burroughs’s return after decades abroad.

In the event, Brookner hit it off with Burroughs, and continued to film him over the next five years, amassing hundreds of hours of material. The resulting document frames Burroughs near his peak as croaking raconteur, distantly burnishing his myth with deadpan anecdotes, and as a performer. Alongside readings, there’s a memorable sequence with Burroughs playing Dr Benway, re-enacting the Naked Lunch scene in which the doctor fails to save a patient while operating with a toilet plunger, splattered in fake blood, sighing, “Well, it’s all in a day’s work…”

Elsewhere come unexpectedly revealing moments. Burroughs revisits his childhood home and ultra-straight brother, Mortimer, who dismisses The Naked Lunch (“disgusting… I pitched it halfway through”) while the author squirms. Elsewhere, Burroughs opens up for the first time about his wife Joan’s death. There are sad, haunting scenes of his fated son, William Jr, lost in drink and drugs.

Brookner died in 1989 aged only 34 and Burroughs, originally released in 1983, was almost lost. After decades existing only as a ropey VHS bootleg, this restoration was painstakingly compiled by his nephew, Aaron. It is priceless, not simply as a profile of this writer, but – Smith at al at the Nova Convention; Burroughs hanging out with Francis Bacon; Burroughs chatting with pal Terry Southern, sections of the Sgt Pepper cover come to life – of an age that already seems more distant than it should.