Bonnie Prince Billy – Is It The Sea?

The Louisville recluse delivers a triumphant live album from his 2006 British tour. Not so dark 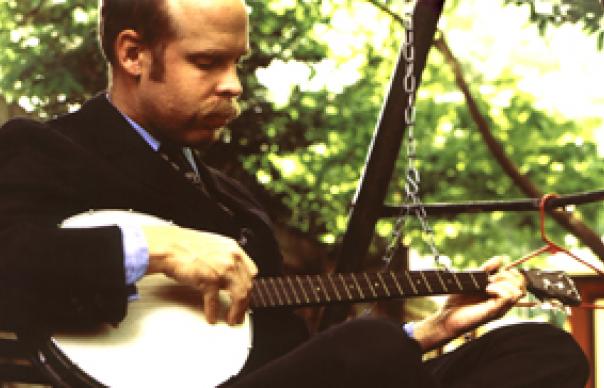 The role of enigma is almost a career option in modern pop – ‘Let’s play weird and hard to handle!’ – but Will Oldham is the real deal, a retiring figure obscured by a bunch of acronyms, a hedge of ginger beard and a raft of cryptic, albeit highly allusive lyrics. In fact, the words, songs and records – none in short supply – are not even his: “Billy and I write them together,” Oldham has confessed, “but I’m not the singer of these songs, I never have been, though I can become Billy when I walk on stage.”

After 15 years of music-making, many of them clearly spent in serious depression, 37 year old Oldham’s alter ego has recently being showing signs of living up to his ‘Bonny’ tagline, this year’s upbeat Lie Down In The Light being a case in point. Is It The Sea? is another. Its thirteen tracks are culled from across Oldham’s career, including the early years when he recorded as Palace Music and the Palace Brothers, though surprisingly, there is nothing from his bleak masterpiece, I See A Darkness, still his defining work though these days seemingly too bleak even for its creator(s).

That there’s no hiding place onstage also helps force the Will/Bill double act out into the open – the voice, so often weary and broken, rings out resolutely, even on hushed, crepuscular numbers like “Cursed Sleep”. There’s no room, either, for the lo-fi, shambolic quality of Oldham’s early albums – partly, no doubt, because he’s become a better player, but also because there are others on stage here. Scottish folkies Harem Scarem provide a backing of flute, fiddle, banjo and accordion and, as importantly, some splendid close harmony singing. They’re joined on drums by another local hero, Alex Neilson, who plays regularly with Oldham. Neilson’s unusual twin obsessions – folk and free jazz – bring a canny dynamic to Oldham’s music, whether accentuating it with delicate brushes or punchy fills.

The accompaniment has the effect of brightening songs that on record are slow pensive or downright miserable. The mordant “Arise Therefore” quickens into defiance, “Wolf Among Wolves”, a hushed, almost ectoplasmic presence on 2003’s Master and Everyone, becomes an angry quest to transcend this mortal form. Oldham has said several times that he likes his BPB soubriquet because it combines the wild west with ‘the Celtic thing’ and the drones and violins that surround him here make an easy fit. His version of “Molly Bawn”, a traditional murder ballad (though he didn’t mean to do it, honest) becomes a seven and a half minute work-out building to a noisy crescendo– not what you anticipate from an Oldham show.

You must, however, expect some darkness to go with the freshly discovered light and “New Partner”, with its ‘back-tinted sunset’, provides it. Was there ever a nastier love song, with its oblique references to …what? Date rape? Murder? Just “some special action with motives unclear”, apparently. “Master and Everyone” is less harsh but an equally abrupt declaration of a relationship hitting a dead end. “My Home is The Sea” is another exploration of a sexual psyche that doesn’t exactly glow with health. “I would like to be dead in shark’s mouth,” admits Bill, seemingly afloat in a fellatio’d reverie. “I am under your spell and you will have me I reckon,” he remarks before drifting away on the tide.

Maintaining the aquatic theme, the title track, though credited to one Inge Thomas, is surely a new arrival in the Bill and Will canon. Moving to a slow pulse that echoes the ocean’s swell, it finds out hero bereft, 15 years adrift, pining for “the chaos of my family” until finally granted release. “The pain is duller now and music fills my bones again at last,” sings Oldham. It’s a telling metaphor: in his early twenties, after Oldham had dropped out of a promising acting career and had suffered ‘a catatonic episode’ while out sailing, it was making music (encouraged by his brother) that put him on the road to mental recovery. As his albums attest, it hasn’t been an easy journey, though it has produced some engaging and poetic works along the way. For newcomers, Is It The Sea? offers a neat summation of Oldham’s quiet industry, while it may just mark the turning point from his darker years.